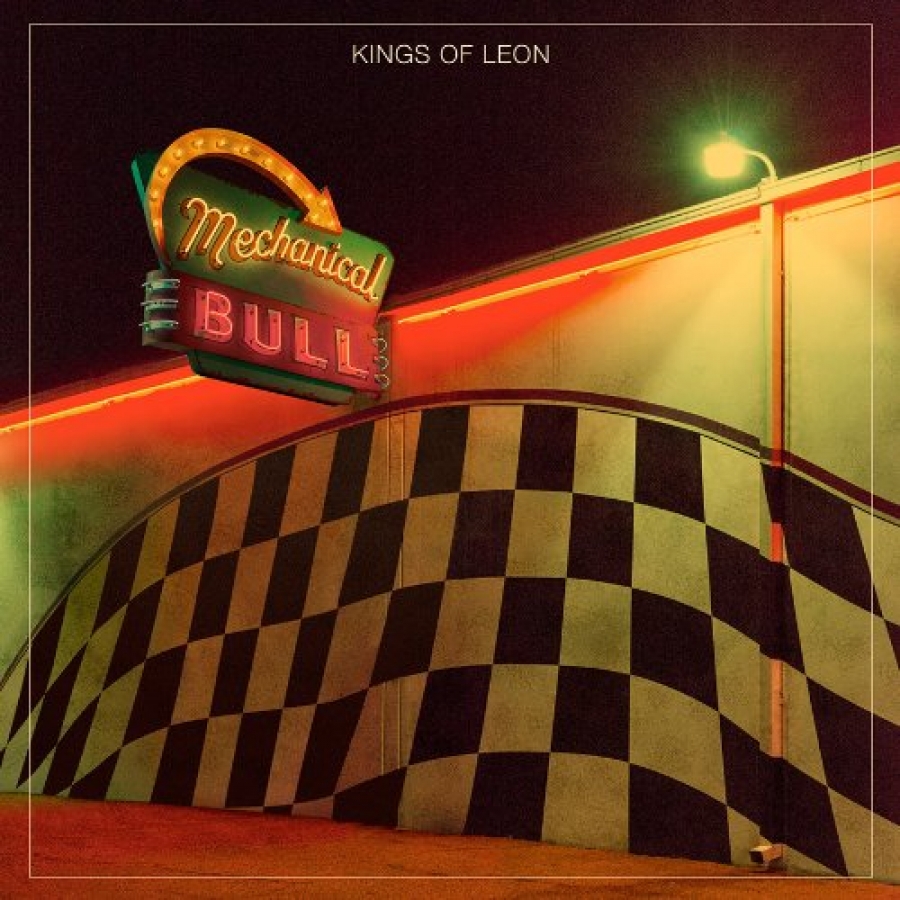 Kings of Leon's rise to fame has been well documented. Growing up the sons of a Pentecostal preacher, their entrance into the world of rock and roll was almost storybook. Their 2008 album Only By The Night was a defining point in their career, a major breakthrough.
The band was ubiquitous on the radio dial, touring non-stop, dominating sales charts and award shows. They were arguably the biggest rock band in the world. But the lifestyle and the schedule finally caught up to the band in 2011 when they cancelled a big chunk of their tour midway through, and took an indefinite hiatus. It's been almost two full years since we've heard or seen Kings of Leon, but with their sixth LP Mechanical Bull they re-enter the music world entirely reignited.

Before taking their break, Kings of Leon released Come Around Sundown which if anything proved that even with diminished drive, they guys can still write good songs. But Mechanical Bull reminds us of what the difference is between good and great. The album will appease modern rock fans thanks to heavy riffs on songs like "Don't Matter" and "Supersoaker". But it's their versatility to shift sonic textures on Mechanical Bull that make this album irresistible. Just follow the rolling bass line to a funky "Family Tree", a minor tip of the cap to Sly & the Family Stone, and listen as their southern roots hold strong on songs like "Comeback Story".

The centerpiece of Mechanical Bull, however, may be the pensive ballad "Beautiful War". While the energy on the majority of the album will tempt fans to compare it to the band's early efforts, "Beautiful War" plays witness to their maturity. More specifically, it captures Caleb Followill's re-established focus as songwriter, and finds him at the top of his game. Motivated once again, Kings of Leon recapture their rock and roll crown on Mechanical Bull.

Review By Mike Vasilikos
Tagged under

More in this category: « LIVE AT THE WORLD CAFE VOLUME 36 Amos Lee - Mountains of Sorrow, Rivers on Song »
back to top