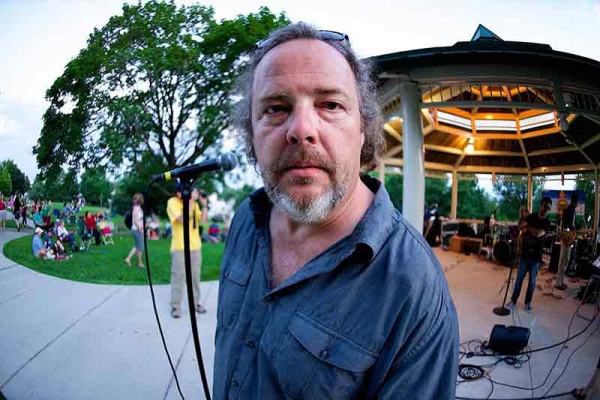 Dan Reed hosts afternoons on XPN Monday through Thursday from 4pm to 7pm. In addition to an awesome mix of XPN music, Dan’s daily features include his Highs In The 70s segment at 6pm – during which he does a deep dive on music from the 70s. In addition to his daily features, Dan has some special weekly programming features including: Mystery Monday – Guess the theme of Dan’s Mystery Monday clues and you’ll win a CD, or tickets to a show. Tuesday – Dan presents the best new music selections. Thursday – John’s Dollar Bin: Each week Dan gives a dollar to music hunter and gatherer John Stanley to go record shopping and John returns to present Dan with something cool he’s found in the record bins.

Listen to the Interviews

Dan has frequent guests on with him during the afternoon show. Below, listen to some of his interviews including Courtney Barnett, Jack Johnson, The Districts, Tommy Stinson, Ben Harper, and more.
<< Choose an interview from the archives.

Along with Dan DeLuca, the music critic from the Philadelphia Inquirer, Dan hosts the Dan and Dan Music Podcast. a bi-weekly music podcast. In addition to each show's feature conversation, Dan and Dan tackle five current music news topics and trends in the '2 Minute Drill,” and offer up their Songs of the Week. Follow them on twitter at @DDMusicPodcast Listen to some recent podcasts below. You can subscribe to the Dan and Dan Music Podcast on iTunes here

John’s Dollar Bin – Each week Dan Reed gives music fan John Stanley a dollar to go record shopping and you never know what John will bring in. Listen to recent episodes of John’s Dollar Bin below.