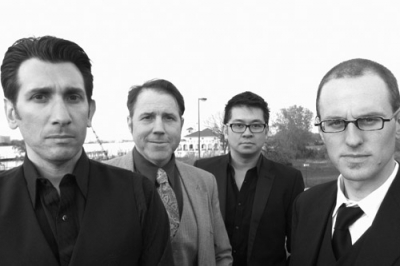 Our World Cafe: Next for our Sense of Place week in Detroit is American Mars.

October 21, 2013 - They are Detroit lifers with a sound that goes again the city’s hard rock image. That is not to say that the band’s roots rock doesn’t sometime crank because it does. American Mars has been together since the late 90s. Thomas Trimble is the lead singer. They released their 4th album Chasing Vapor last August. You can download a couple of songs from our World Cafe: Next podcast.
Published in World Cafe Next
Tagged under

More in this category: « Declan O’Rourke Wild Child »
back to top