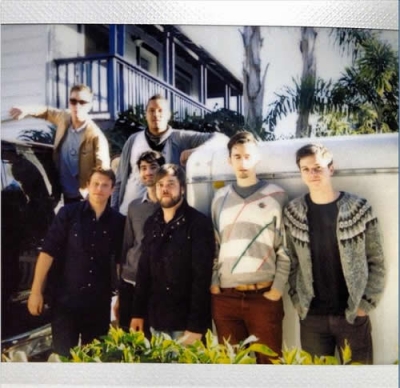 Drawing from jazz, folk, and indie pop to craft an ornate sound uniquely its own, Hey Marseilles formed in 2006.

The group’s distinctive sound has earned it praise from NPR, Paste Magazine, and Seattle Weekly. The six-piece group got off the ground when Nick Ward and Matt Bishop played together at the University of Washington, where they quickly added band members and instruments.

Hey Marseilles’ first album, To Travels & Trunks, opened new doors for the band with its independent release in December 2008. Since then the band has performed at SXSW and Bumbershoot. Since then, the group has released a single (“Elegy”) and will be touring from February through April in support of its new album, Lines We Trace, out March 13.

Hear two great tracks from Lines We Trace in this edition of World Cafe: Next.

More in this category: « The Lions John Murry »
back to top