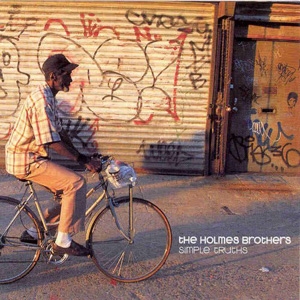 Wendell and Sherman Holmes, and Popsy Dixon have been playing their funkified and gospel inspired blues and R&B since the Sixties and released their first album in 1989 on Rounder Records. In The Spirit was an instant classic, showcasing their tight rhythm playing and vocal harmonies. Early supporters included Peter Gabriel and Van Morrison, while Joan Osborne produced their last album and hired them as her backing band in 1997. It has taken them almost a quarter of a century, but now The Holmes Brothers are internationally acclaimed performers.