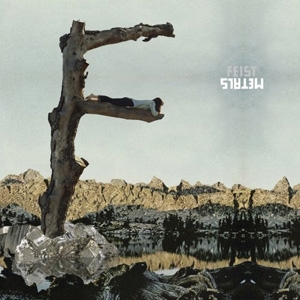 Two things immediately come to mind upon the arrival of Feist’s new album Metals. First, where has she been? It’s been roughly four years since her breakthrough album The Reminder was released. And second, how will she respond after the massive success of that album and more specifically her numerical anthem “1,2,3,4”? The first question is easier to answer. After years of touring, some time to decompress and step out of the spotlight seems only fair and appropriate. And as you dive into the new album Metals, the answer to the second question becomes clear.