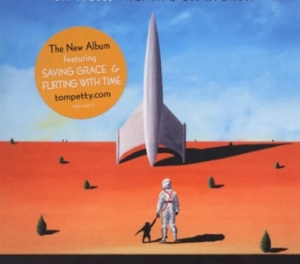 If you're like me, you always look forward to a new TOM PETTY release. He's never quite gotten the critical acclaim that he possibly deserves, despite the fact that he's certainly been given respect over the years by music writers and has sold millions of records. Petty's kind of like the corner bar version of BRUCE SPRINGSTEEN and/or BOB DYLAN - and that's no slight, by the way. Never as downright poetic as Dylan (but then again, who is?) or as cinematic as Springsteen, T.P. nevertheless is an important American rocker, and one who has penned and performed more than his fair share of classic anthems. His contribution to the culture is quite remarkable, come to think of it.