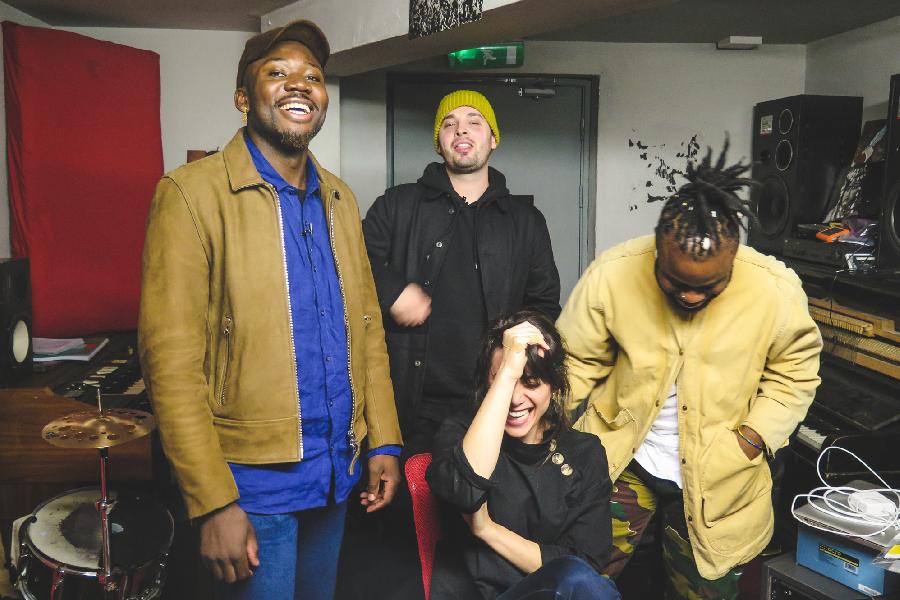 The award-winning Scottish three-piece share stories during World Cafe's Sense Of Place trip to Edinburgh.
The ceilings are low. Other than a handwritten sign taped above the mixing board that says "Try," the walls are blank. There's a violin that only has one string lying under the desk, and a bunch of pieces of a drum kit in a corner next to some keys. We're in the basement studio in Edinburgh, Scotland where Young Fathers made its Scottish Album of the Year Award-winning record Cocoa Sugar. At first glance, it's surprising that such a massive and expansive album came out of such a tiny space. But after spending some time with band members Kayus Bankole, Graham Hastings and Alloysious Massaquoi down in the basement, it's clear that creating a cyclone of expression in a compressed space is a vital part of their creative process. And so is the rare and stunning chemistry between the three of them.

HEAR THE COMPLETE SESSION AND MORE ON NPR MUSIC
More in this category: « The Civil Wars Elton John and Leon Russell »
back to top