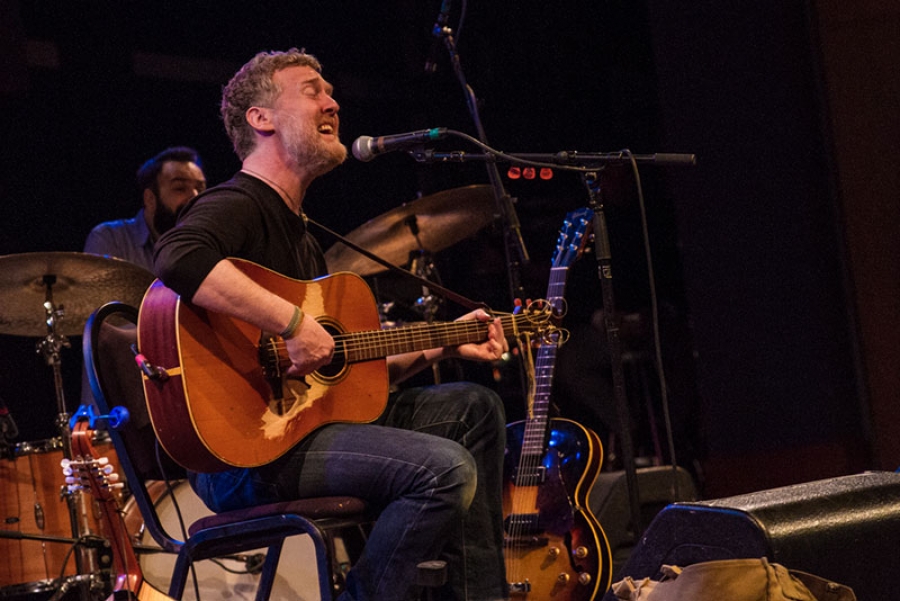 
As always Glen Hansard is here to charm us today. The Irish singer-songwriter received international acclaim for his starring role in the film Once as well as writing the music including “Falling Slowly” which won as Oscar for best original song. He has released his second solo album Didn't He Ramble and we will hear live versions of the new music with Glen’s six piece band in front of an audience at World Cafe Live. We'll discuss the writing and recording of Didn’t He Ramble that took place in Ireland, France and here in the U.S. He’ll also recount some songwriting stories from Bruce Springsteen and tell us where he keeps his Oscar. At 13 Glen started busking on the same Dublin streets portrayed in Once. He is still part of his first band The Frames. We have a couple of videos from this live performance at Worldcafe.NPR.org and check soundcloud.com/WorldCafe for a free download of “Winning Streak.”

More in this category: « Nashville Recommendations: Hear 4 New Songs From The Music City Ruby The RabbitFoot On World Cafe »
back to top