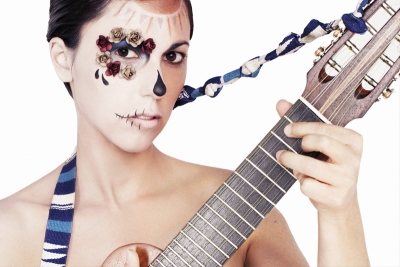 Latin Roots Passionate Bi-Lingual Singer Gina Chavez Has Won Austin’s Heart
Our Latin Roots segment today is a performance from the bi-lingual Austin, Texas based singer songwriter Gina Chavez. Chavez's latest album is called Up-Rooted and it has been very well received at home in Austin where she won the Austin Music Award for "Artist of the Year" among multiple awards. She is also the recipient of a John Lennon Songwriting Contest Grand Prize, which she received for her song, "Siete-D," which we will hear today. We will hear the passionate activist songwriter on stage at the recent XPoNential Music Festival in Philadelphia. You can listen to a Spotify playlist of her new album Up-Rooted.
Spotify list: https://open.spotify.com/album/1P051mDrrSC6OZKVann8PA (Gina's latest album, Up.Rooted)