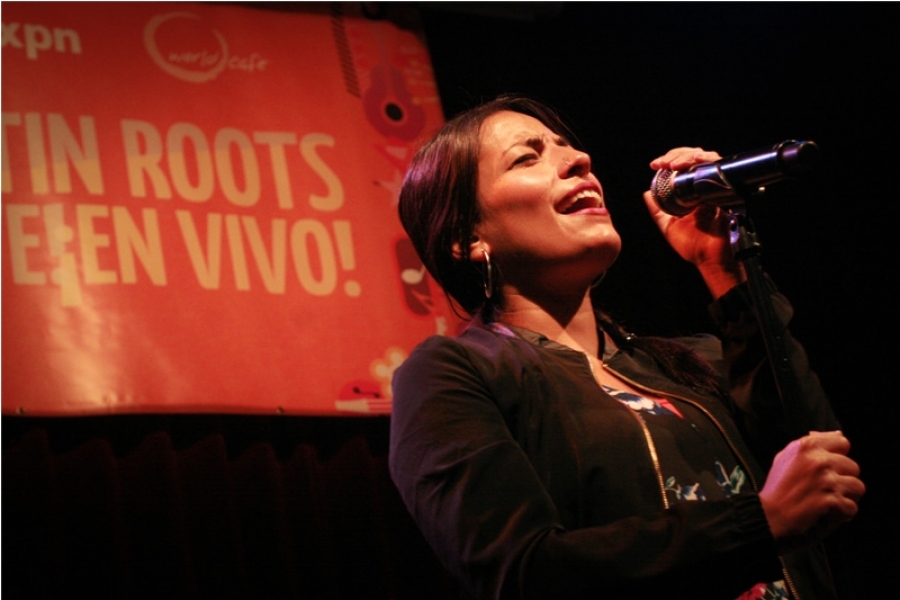 
A special live Latin Roots this week with a performance from the French-Chilean hip-hop artist Ana TIjoux. The set, which contains music from her latest album Vengo, was recorded at a recent Latin Roots Live event at World Cafe Live in Philadelphia. Vengo is an interesting evolution for Tijoux who asked herself why Latin hip-hop didn’t feature more indigenous acoustic instruments in the backing tracks and decided to incorporate them. Her band uses samples of these sounds live. Tijoux was born in France when her parents were forced to escape to during the dictatorial regime of Augusto Pinochet in Chile. Growing up in both France and Chile she has often said that hip-hop has given her the cultural identity she otherwise lacked. Her first success came with the group Makiza before starting her solo career in 2004. Politics is always part of the music with Ana Tijoux.

More in this category: « A Look Inside Spacebomb Studios, The Creative Hub In Richmond, Va. A Spring Roundup Of Music From New Release Season In Nashville »
back to top