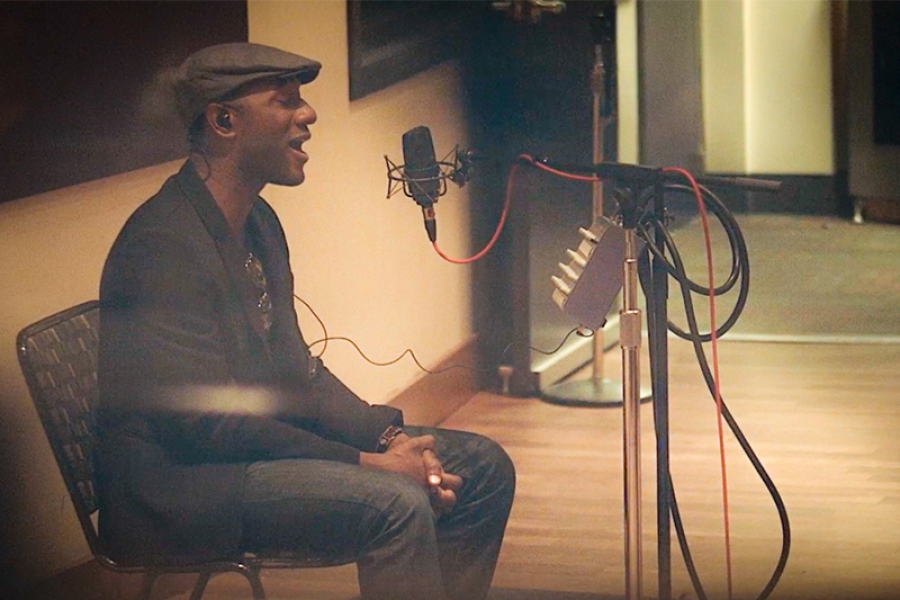 Aloe Blacc Sings His (Many) Hits In A Stripped Down Session

Aloe Blacc is on a bit of a roll of late. It all started in 2010 with his Stones Throw Records album Good Things which contained the song "I Need a Dollar" that was the theme song for the HBO series How To Make It in America and became a major hit in Europe. Jump ahead to 2013 and Blacc's co-write with the Swedish EDM star Avicii on the song "Wake Me Up" blew up, as has Blacc's own album Lift Your Spirit with the song we'll hear him do today "I'm The Man." We're just honored that Aloe Blacc wanted to come back to The World Cafe and do a stripped down set for us.
WATCH: Aloe Blacc - "I'm The Man"

Tagged under
More in this category: « Ought Maggie Rogers On Her Own Terms »
back to top