A Holiday Extravaganza With Polyphonic Spree 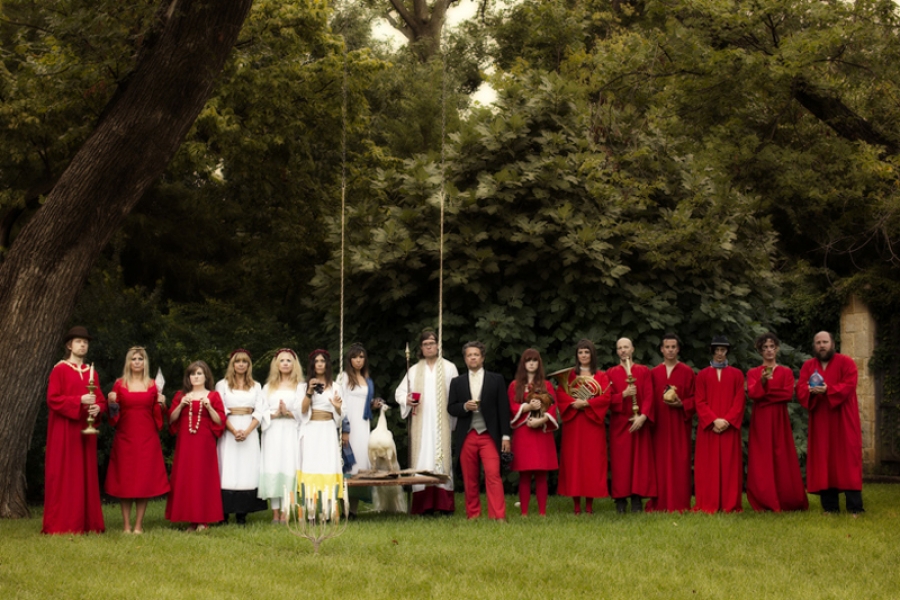 A Holiday Extravaganza With Polyphonic Spree

December 24, 2013 - Every Christmas season is accompanied by an abundance of holiday album releases, but few of the artists who make them bother to take the Christmas show on the road. The Polyphonic Spree, however, is not your average band. Formed in Texas by bandleader Tim DeLaughter in 2000, this massive group — the number of members often nudges toward 20 or more — is well-suited to re-imagine popular Christmas music, combining the instrumentation of a rock band with the layered harmonies of a choir.

In 2012, the band has hit the road with its "Holiday Extravaganza," turning each of its shows into a sort of traveling holiday music carnival. Here, The Polyphonic Spree brings its dense, exuberant songs to the World Cafe studios to perform spirited renditions of Christmas classics in a session recorded last year.

More in this category: « Jonny Lang On World Cafe Don’t Call Him St. Nick! It’s A Nick Lowe Christmas! »
back to top