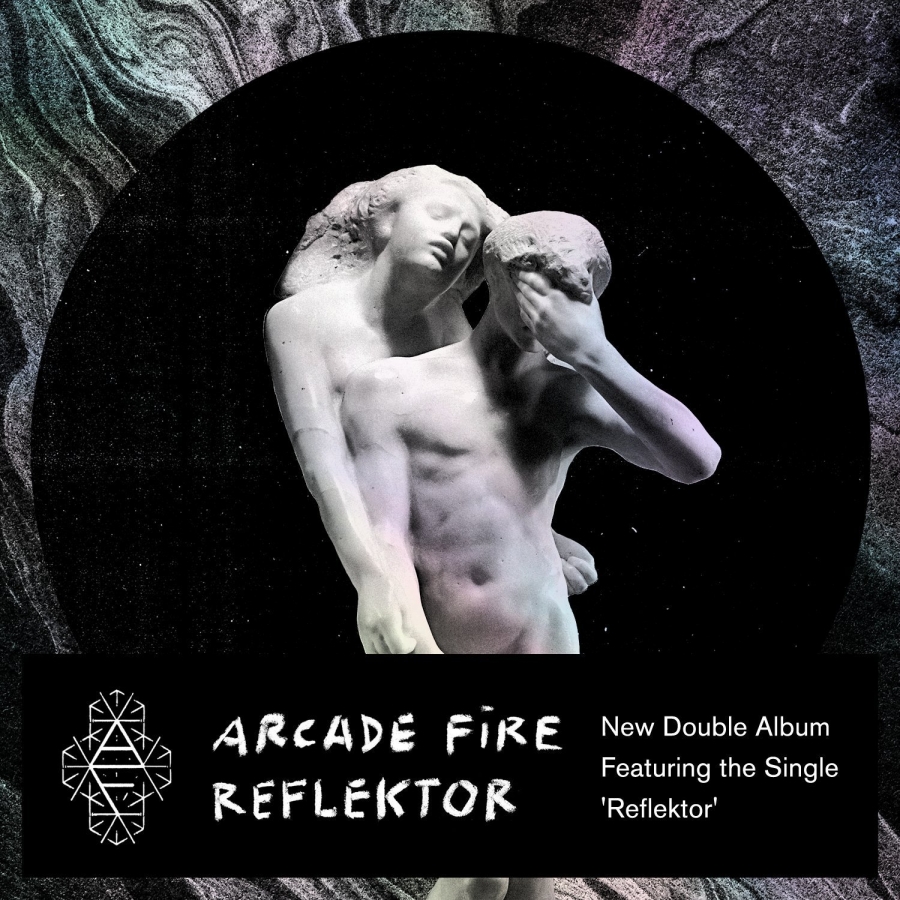 Celebrate the release of Reflektor, the new double-album from Arcade Fire. Much of the album was recorded in secrecy over the last few years, and even less than a week from its release still much of the music has yet to be heard. So this week rather than our typical review, we'll preview what to expect from one of the year's most highly anticipated records, Reflektor.


As a build up to the new album the band has made a few on-stage appearances to unveil new songs. Under the moniker The Reflektors, they took the stage on two consecutive nights in a Brooklyn warehouse and also debuted the disco-inspired "Afterlife" and explosive "Normal People" on The Colbert Report last week. These songs come as follow-ups to the album's title-track ("Reflektor") which offered audiences a darker, more ominous side of the band but with all, if not more, of the ambition we've come to admire. It also features an appearance from David Bowie on backing vocals.

The band traveled to various locations to write, record and produce Reflektor. The energy and spirit of their surroundings seep into these new songs. The band especially credits stints spent recording in Haiti and Jamaica as having had the most significant influence. And that impact is obvious with how dance-inspired some of these early listens are. Part of that credit also goes to James Murphy. The LCD Soundsystem founder helped produce Reflektor and his fingerprints are easy to spot.