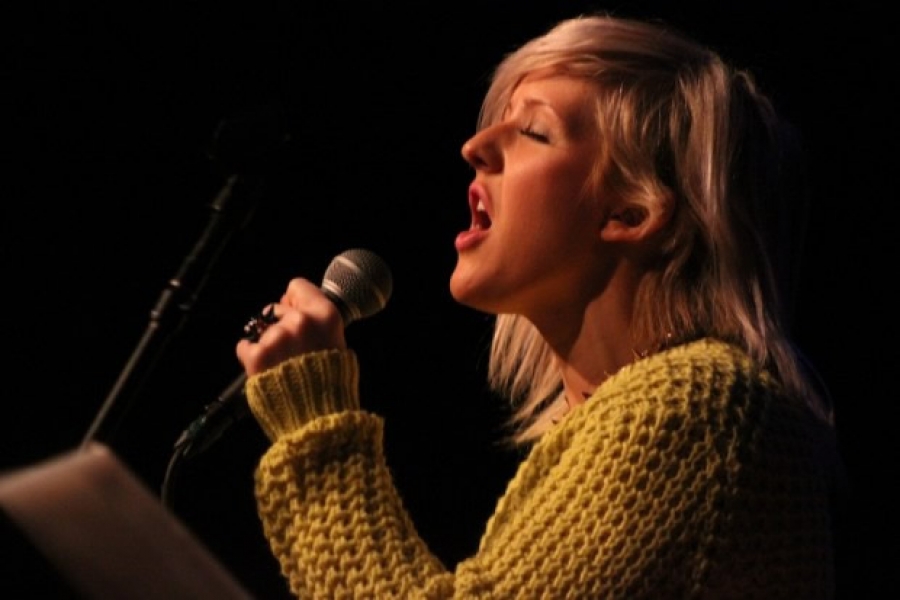 Ellie Goulding Live from World Cafe
Photo by Rachel Del Sordo for WXPN
In 2010, Lights turned all spotlights onto Ellie Goulding. The English singer-songwriter’s debut album rose to number one on the UK Albums Chart that year and has since sold over 850,000 copies.

The popular title track, “Lights,” was released in the U.S. in 2011 and peaked almost a year and a half later at number one on the Billboard Pop Songs chart and Billboard On-Demand chart and number two on the Billboard Hot 100. That same year, Goulding performed at the White House, the wedding of the Duke and Duchess of Cambridge, the music festival Lollapalooza, and the Nobel Peace Prize concert. What is even more impressive, however, is Goulding’s use of her voice to create texture in her songs just like any other instrument. Her sound is just as important as every other sound in her music.

Goulding’s newest album, Halcyon, was released October 16, 2012. Its lead single, “Anything Could Happen,” preceded the album two months prior. Goulding’s official website describes Halcyon as a “journey out of heartache and towards hope,” a vocal representation of Goulding growing up as both an artist and a woman.

Ellie just did an XPN Free At Noon concert, and you can hear the full performance here.

Session Set List:
I KNOW YOU CARE
YOUR SONG
ANYTHING COULD HAPPEN
LIGHTS

More in this category: « Michael Kiwanuka On World Cafe Josh Ritter »
back to top