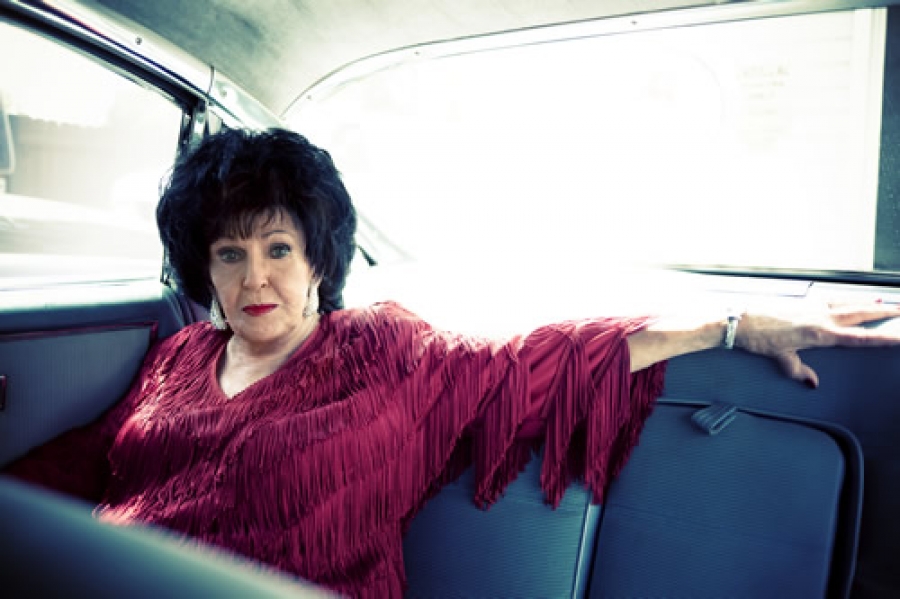 One of the first popular female rockabilly singers, Wanda Jackson served as a pioneering rock and roll artist in the 1950s and 1960s. Known by many as the Queen of Rockabilly, Jackson is credited with being the first woman to record a rock and roll song – “Let’s Have a Party” in 1958.

A singer-songwriter, pianist, and guitarist, Jackson was well known for mixing country with her rockabilly music, an approach that served her well in the mid-1960s as rockabilly soon began to decline in popularity. Jackson produced a succession of successful country hits including “A Woman Lives for Love,” “Fancy Satin Pillows,” and “Tears Will Be the Chaser of Your Life.” In 2009, Jackson was inducted into the Rock and Roll Hall of Fame as an Early Influence to younger Americana fans.

This past October, Jackson released her thirty-first studio album, Unfinished Business. Produced by Americana singer-songwriter Justin Townes Earle, the album is deeply rooted in Jackson’s rockabilly and country style and features hit tracks such as “Tore Down,” “California Stars,” and “Am I Even a Memory?” Unfinished Business reached #58 on the Billboard 200 chart, and Jackson is now in the midst of a national tour to promote the album.

Session Setlist
Tore Down
Wanda Jackson / "Am I Even A Memory?" / Unfinished Business
It's All Over Now
Rock Your Baby

More in this category: « Sense Of Place Melbourne: Courtney Barnett Billy Cobham »
back to top