Listen
You are here: World Cafe //   World Cafe Guests //   Festival in the Desert on World Cafe

Festival in the Desert on World Cafe 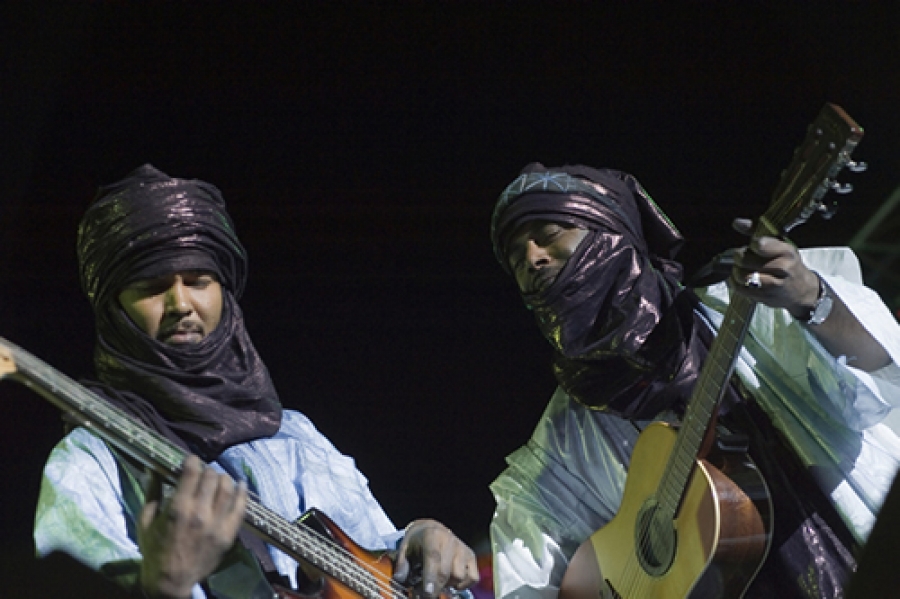 In light of the ongoing conflict in Northern Mali, and specifically the events of the last few days, we checked in with Chris Nolan, an organizer of Festival in the Desert. The festival takes place each January in the Sahara region where most of the recent fighting has occurred. The festival is postponed this year and in our show today, Chris Nolan elaborates on how this decision was made. He also discusses the festival’s history.

In addition to hearing from Nolan, we’ll hear from a 2005 interview with Robert Plant and his guitarist Justin Adams about their experience playing in the festival. Plant discusses the festival’s ability to bridge cultural gaps. The show ends with a song by Habib Koite recorded at the 2012 festival from the forthcoming release Festival au Desert Live from Timbuktu.

Listen to the session at WorldCafe.NPR.org.