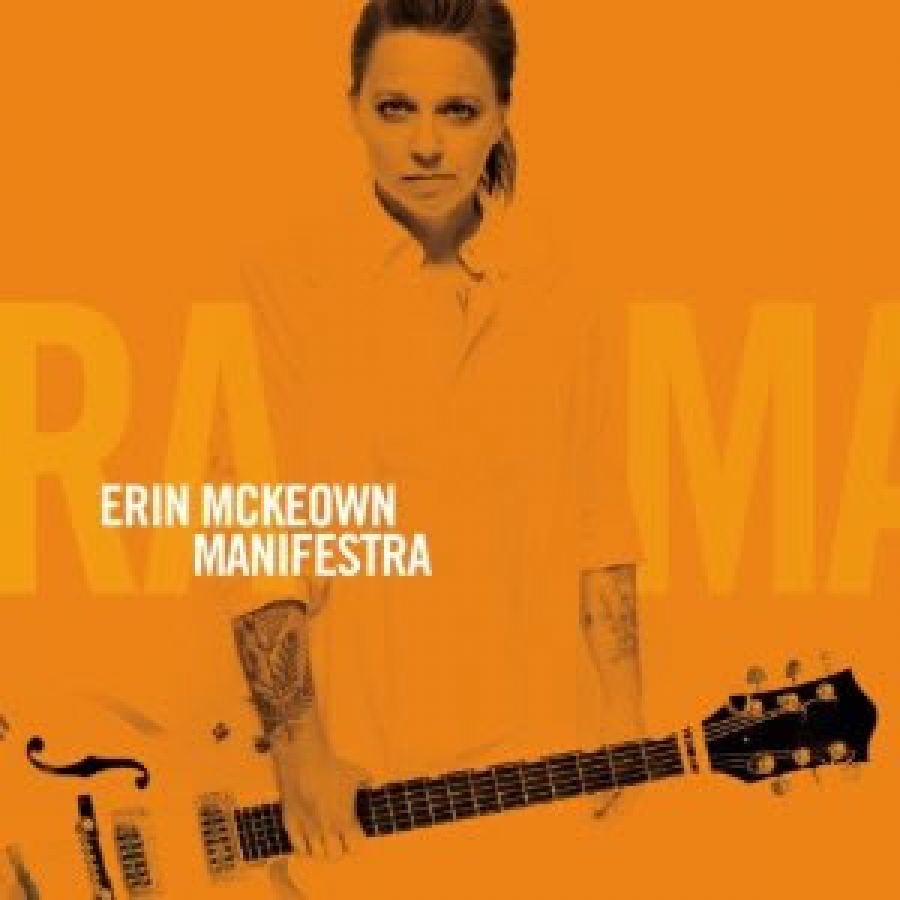 There is something bold, determined and charged about Manifestra. That’s the new album from singer-songwriter Erin McKeown. It’s her seventh full-length record and it comes at both an interesting and important time for McKeown.

While Erin has always embodied a fierce independent spirit, this new collection is the very first for her own label – TVP Records. For some artists that could be viewed as a major challenge, but for Erin it feels like more of an opportunity. And in effect, the result may be her most self-reflective work to date.

Starting one’s own label may sound daunting, but the groundwork that Erin has paved thus far in her career plays a big role in her ability to move forward. Powered by her fans, it took just six days for McKeown to meet her fundraising goals for Manifestra. And off to work she went crafting a set of songs that lyrically mirror her powerful personal beliefs and musically cover the course of her varied career. Listening to these songs, you see the vision of an artist that is working with a large canvas. Rather than scaling down, Erin thinks big on Manifestra as you hear in the arrangements of songs like “That’s Just What Happened”, the title track, and the album-closing politically induced “Baghdad to the Bayou.”

Erin’s made a lot of friends throughout her career, and many of them step forward to lend a hand (or a voice) to Manifestra. Those contributors include fellow New England songwriter Ryan Montbleau, who duets with Erin on the snappy, confidently titled “Instant Classic”. Also, give a listen for appearances from Anais Mitchell, David Wax Museum, Polly Paulusma and Sean Hayes. And one more interesting appearance, although resigned to the liner notes, is MSNBC’s Rachel Maddow who co-wrote “Baghdad to the Bayou” with McKeown.

More in this category: Mississippi Blues Project: Anthony “Big A” Sherrod and Robert Belfour »
back to top