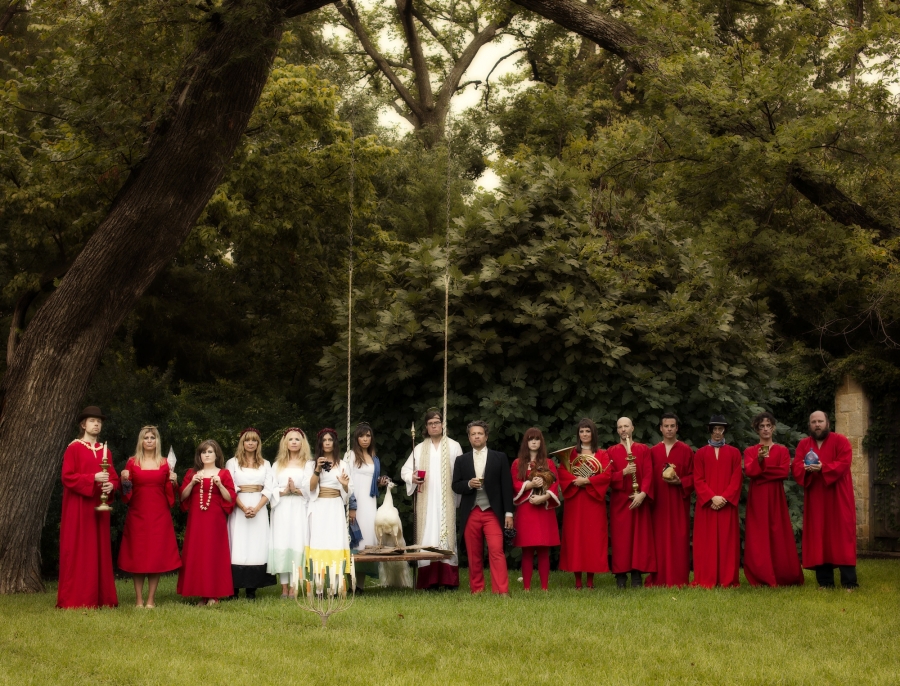 December 25, 2012 - The Polyphonic Spree celebrates the 10th anniversary of their annual Holiday Extravaganza with the release of a brand new album, Holidaydream: Sounds of the Holidays Vol. One, their first ever holiday album. This is a truly spectacular performance from the 18 member strong Polyphonic Spree live from the World Cafe studio at WXPN in Philadelphia. tudio. This performance could be a record for the number of musicians: a string section, horn section, two drummers and a six piece chorus. We meet their leader and singer Tim Delaughter and hear the band playb live. The group is lead by Tim DeLaughter and, though the line-up changes constantly, typically involves some 20-odd individuals who provide talents from singing to piccolo.

Tagged under
More in this category: « Tracey Thorn Mumford and Sons »
back to top