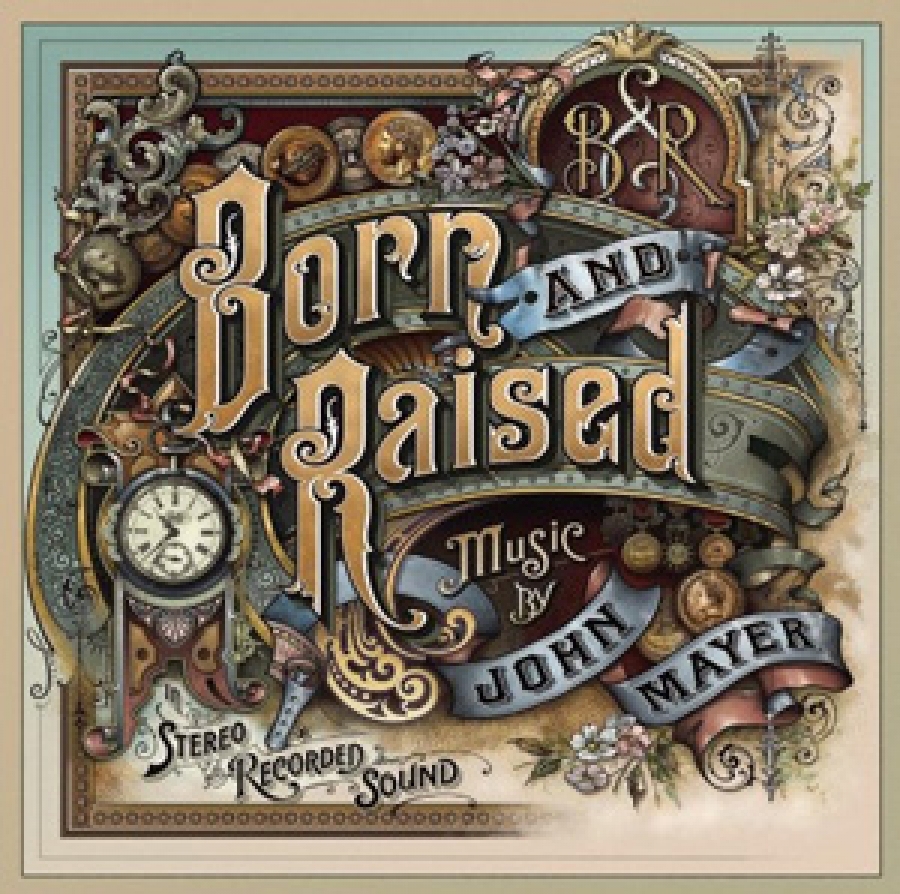 It’s interesting to think back to over twelve years ago when many of us first heard the music of John Mayer. Fresh-faced and innocent he would become yet another staple in the emergence of acoustic rock joining the likes of Dave Matthews and Jack Johnson. Unlike the aforementioned songwriters, Mayer grabbed as many headlines for his off-stage activities as he did for his music. Controversial interviews and high-profile arm candy may have acted as distractions for critics and fans. But on his fifth studio album Born and Raised, Mayer aims to strike those public perceptions and regain focus on his music. If you’re ready to listen, you’ll find that these songs are some of his best yet.

Musical shifts from John Mayer aren’t uncommon. From the acoustic foundation of Room for Squares, Mayer gradually unveiled his admiration for the blues & soul which came full circle with Continuum and with the John Mayer Trio. Then who really knows what was really going on with Battle Studies. But to say that he’s refocused on Born and Raised would be an understatement. Yes, these songs are a bit countrified – so to speak. They bring to mind Laurel Canyon beauty and as Mayer himself alludes to on the opening track "Queen of California," shades of Joni Mitchell and Neil Young. He even recruits David Crosby and Graham Nash to side along on the album’s title track. Yet Born and Raised doesn’t play as a weak attempt to capitalize on a scene that’s been reinvigorated by recent up and comers like Dawes or Jonathan Wilson. It plays better as attempt to regain some sense of humility.

The story goes that Mayer detached from life in New York City and moved to Montana. And just as he simplified his day to day, his music did much the same. There’s nothing pretentious about these songs. And for someone that’s sold over twenty million albums in his career, that’s saying something. Some may argue that it’s a risk, but with Born and Raised it feels as though Mayer has found a voice that’s both comfortable and entertaining.

Pick up Born and Raised at Amazon.com