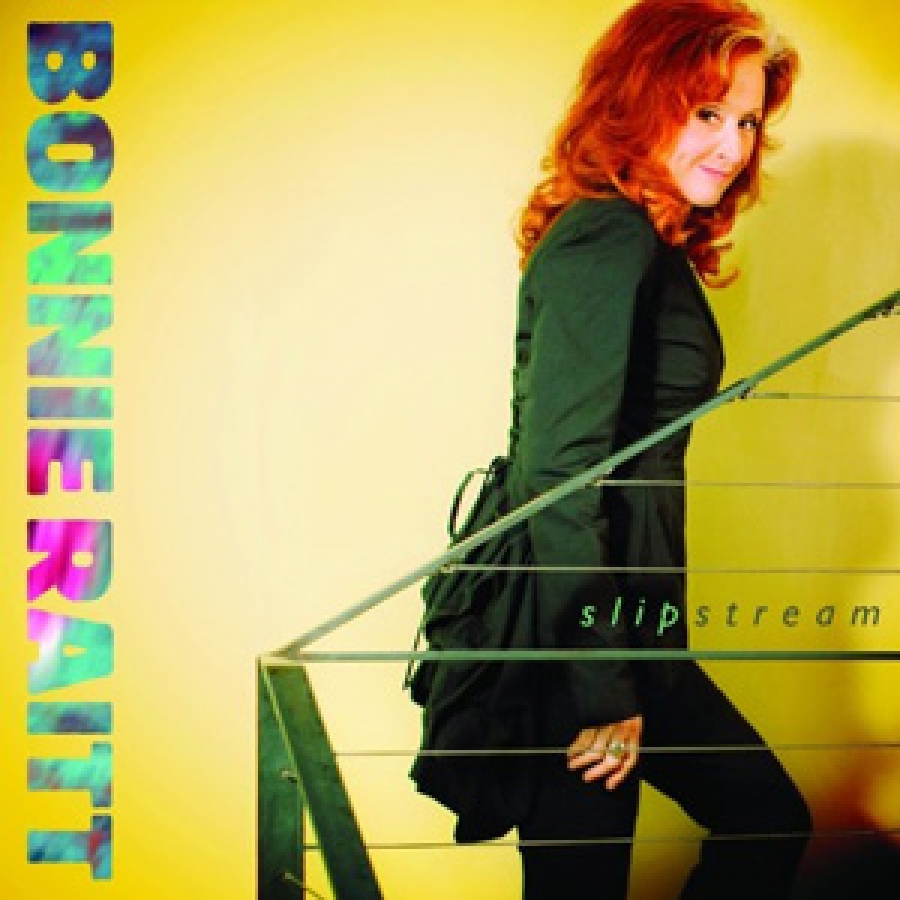 Simply stated, Slipstream is an album that stands as a welcomed return from Bonnie Raitt. Fans have been longing for a new album since 2005’s Souls Alike. And while Slipstream is definitely a reconnection to a cherished voice and heritage artist, there is some new territory covered on this collection. Most notably, Raitt collaborates for the first time with producer Joe Henry. And Slipstream also marks the first album Raitt has released on her own record label (Redwing Records).

All the songs on Slipstream have their own story to tell. For Raitt, a lot has happened in her personal life since 2005 including the loss of several immediate family members. She reflects that throughout the album, but doesn’t miss the opportunity to open the album with a powerful groove on “Used to Rule the World.” It’s an album highlight with dueling guitar solos that assert Bonnie’s return. You’ll also find a couple Dylan covers on Slipstream and interestingly two from the Most of the Time album; “Million Miles” and “Standing in the Doorway.” Both of those were recorded with Joe Henry, who reached out to Raitt and invited her to record in his LA studio. Despite a fruitful recording session, only four of those songs make the Slipstream collection. Supposedly the rest of their session work will be released in the near future.

From the onset, Raitt sounds inspired and her voice is in prime condition. The players on the album are remarkable. It’s a combination of some of Henry’s usual collaborators like Jay Bellerose and Bill Frisell, plus Raitt’s live band. The latter is particularly appealing as Bonnie is set to hit the road this spring/summer and these songs on Slipstream will undoubtedly fit naturally side-by-side with some of her best work.