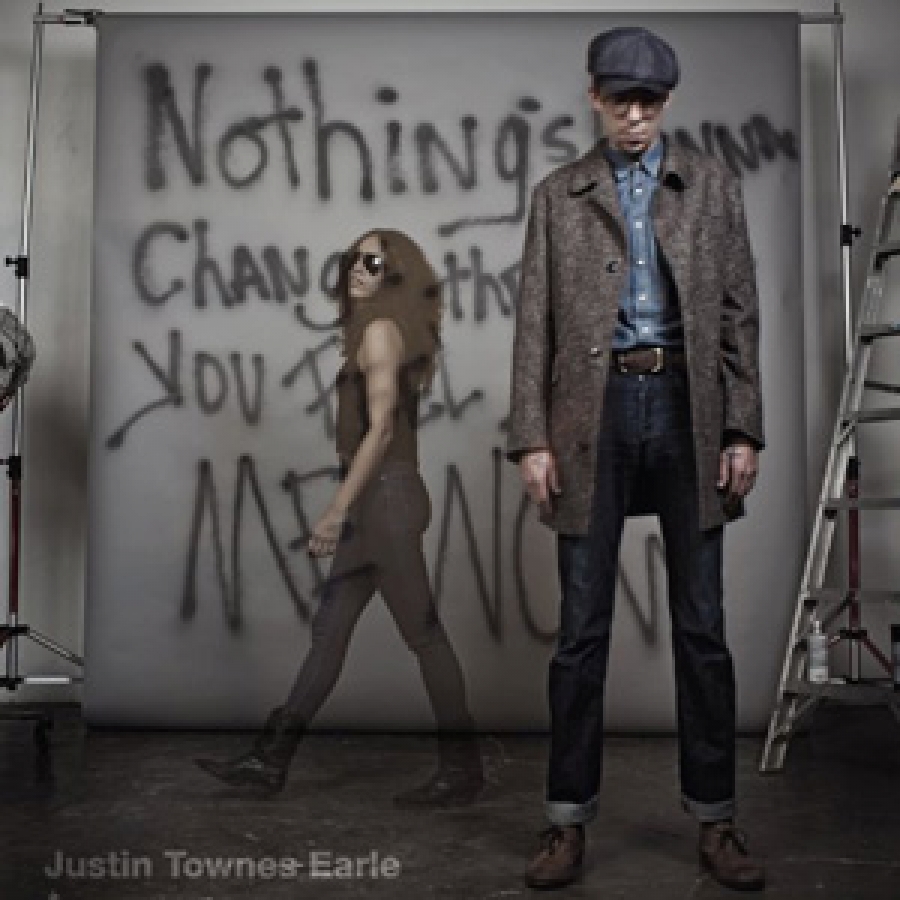 On his new album Justin Townes Earle aims to prove a few things, including the fact that it’s ok if the title of your album is longer than the actual runtime of the record. Alright, joke’s aside Nothing’s Gonna Change the Way You Feel About Me Now may be one of the more verbose album title’s we’ve seen in quite a while, but that hardly reflects the concise nature of the songs it headlines. Ten songs clocking in just over thirty minutes, Nothing’s Gonna Change… is one of Justin’s finest works to date harnessing his strength as a captivating storyteller.

Earle was born Nashville, and more recently spent time living in New York which was reflected on his 2010 album Harlem River Blues. Similar to his dad, Steve Earle, Justin is no stranger to the road and it seems as though that road, in terms of inspiration, has led him to Memphis, for this latest album. You can draw the connection directly on a song like “Memphis in the Rain,” and more in stylistically on horn-laden, southern soul moments like “Baby’s Got A Bad Idea” and “Maria.”

That Memphis sound is a fine backdrop to these songs, which act really as an open book for Earle. In the unfortunate culture of the entertainment community, Earle has earned headlines more for his personal troubles rather than his musical achievements. Nothing’s Gonna Change the Way You Feel About Me Now has the ability to change that, most notably because Earle doesn’t shy away from his mistakes and his demons. “Won’t Be the Last Time” is a musical confession and account for his troubles. “Movin’ On” feels like a day on the road with Earle as he battles temptations and deals with his past. The honesty is so refreshing and the storytelling so real that it’s hard not be engulfed by the album.

at Amazon.com. Your purchase that starts here supports WXPN Public Radio.
Tagged under

More in this category: « Dr. John - Locked Down - Nonesuch The Shins - Port of Morrow - Columbia Records »
back to top