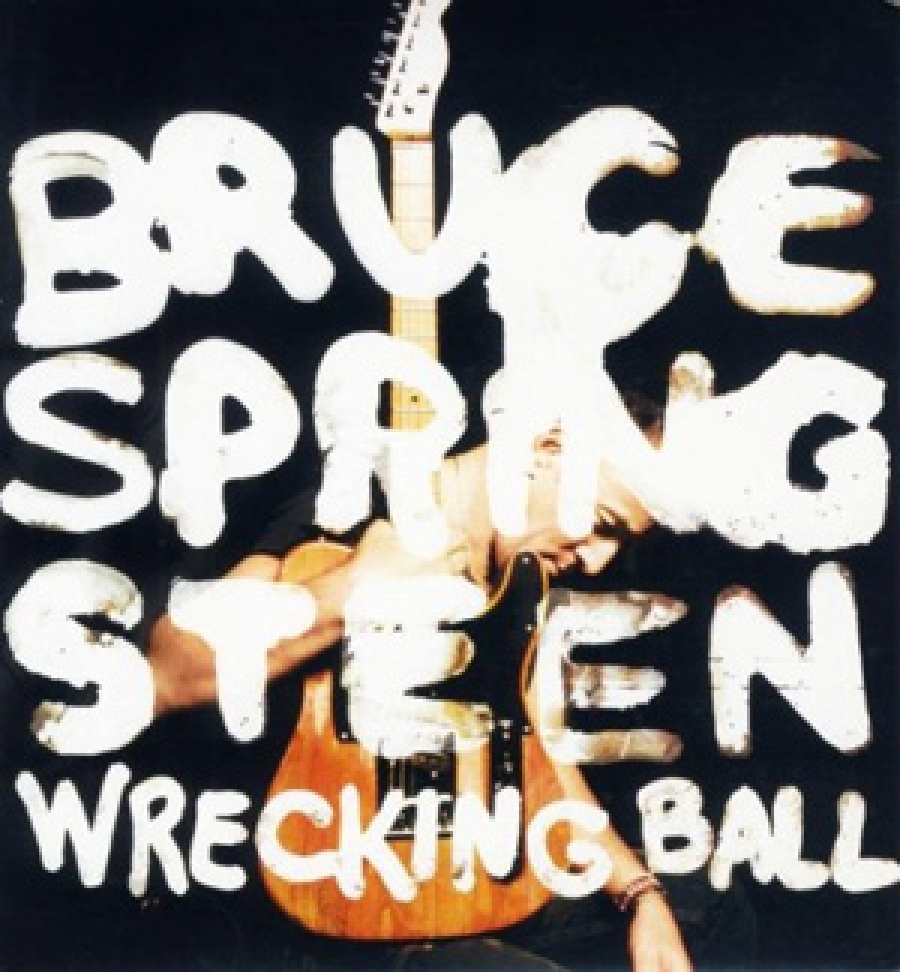 For Bruce Springsteen, an artist of true iconic stature and fame, you sometimes wonder where the motivation comes from. He’ll sell records as long as he keeps making them and fill seats as long as he keeps playing in front of them. For ‘The Boss’ life doesn’t seem too shabby. However listening to his new album Wrecking Ball, Bruce seems anything but content. For Springsteen making records at this point is hardly about moving up Billboard charts or filling stadiums, it’s about marking a moment in time. Wrecking Ball speaks to our hardships, our challenges and the eventual hope that lies ahead.

“Wrecking Ball,” the song, debuted a couple years ago as a tribute to the venue and home to seemingly countless Springsteen shows, Giants Stadium. What was originally a farewell tribute to a concrete entertainment arena has morphed into the face (or voice) of a collection of songs that ask you to stand up and fight. What on paper reads cliché but on record inspires, Springsteen begs for “your best shot” and absorbs that metaphoric ‘wrecking ball’. Taking its lead from the title track, this collection finds heart in its rebellious nature. There is passion in the rollicking, Celtic-themed “Death to My Hometown” as he indicts those “whose crimes have gone unpunished …” and “…walk the streets as free men now”. On< i>Wrecking Ball, Springsteen doesn’t waste words or hide behind them. On “Shackled and Drawn” he proclaims that “freedom is a dirty shirt … the shovel in the dirt keeps the devil gone” while “it’s still fat and easy up on banker’s hill … the party’s going strong”. That anger, outrage and openness never really fades out, but it does subside on the haunting and beautiful ballad “This Depression” where Springsteen confesses that he’s had his “faith shaken” but still holds hope. Musically speaking, it’s a big album. Just as large as the topics Springsteen is taking on; the sound of this album is equal to that. Wrecking Ball see’s contributions from a number of E Street members, Tom Morello of Rage Against the Machine, and even the late Clarence Clemons whose sax parts are used on a couple songs. It’s funny, Wrecking Ball is one of those albums where you can dissect and analyze every lyric to every song and conjure up a myriad of emotions. But maybe all you need to know is that is a collection of songs that has heart. You may not agree politically or socially with what’s professed, but it’s a striking account of our times by a rock legend – and worth your ears. Pick up Wrecking Ball (Special Edition) [+digital booklet]

More in this category: « The Shins - Port of Morrow - Columbia Records Good Old War - Come Back as Rain - Sargent House »
back to top