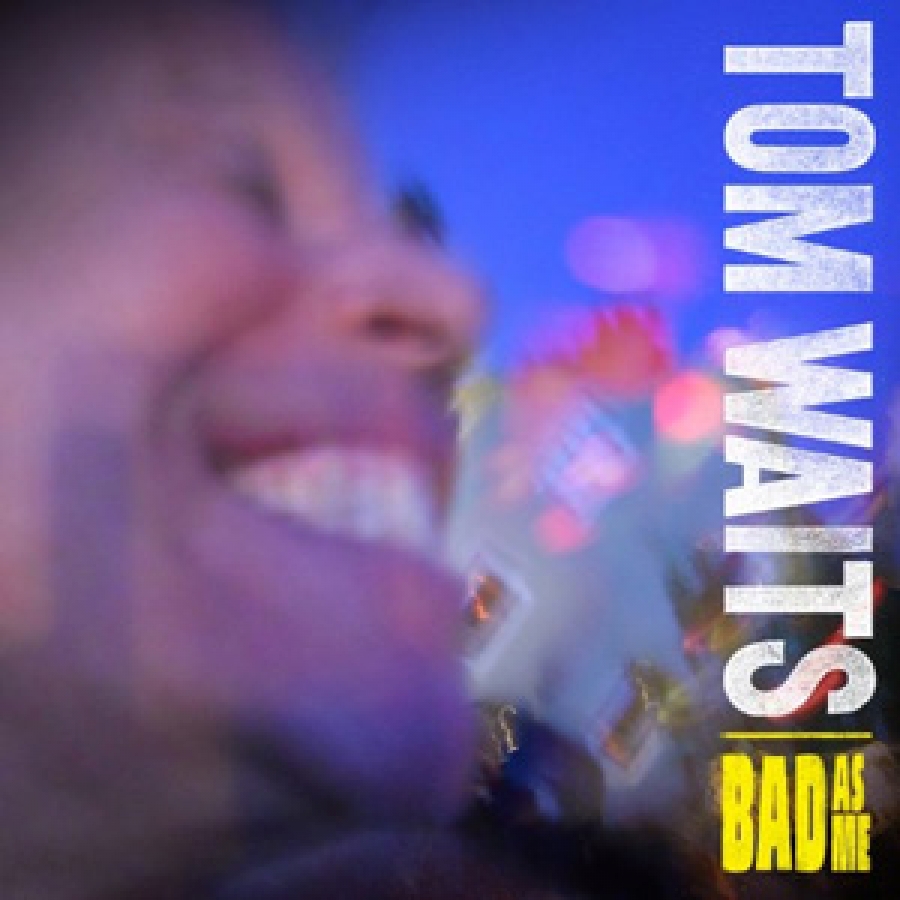 Like a train set to leave the station, invites listeners along for a ride as the opening notes of the chugging “Chicago” set in and the artist’s customary growl exclaims “all aboard!” to the songs fade. And a ride it is on, Waits new studio album and first in nearly seven years. From spooky to sweet, from growl to falsetto, it’s impossible to turn a corner on this new collection and not find the unexpected. Musically speaking, fans and critics will applaud Wait’s artistic expression and unconventional nature. But Bad as Me does find accessibility within these songs as Waits ponders current affairs and personal reflection.

Takeaways aren’t easy to come by on Bad as Me. The mood and subject matter change from song to song, but it’s hard not to be consumed by each. “Talking at the Same Time” is arguably the most topical of the bunch. Waits addresses the bailouts, the wars, the disparity of rich and poor but does so in a thought provoking manner that so many artists simply strike out aiming for. Waits walks gently on that track, which is a far contrast from “Hell Broke Luce”. Towards the end of the album, it’s one of Waits more devilish moments on Bad as Me told through the narrative of a war veteran. While Waits weighs in on the current state of affairs in the world, it also seems like mortality is on his mind. Another standout moment on Bad as Me comes in “Satisfied” where Waits addresses the end of days in a rollicking fashion all the while name-checking both Mr. Jagger and Mr. Richards (Keith Richards plays guitar on the track). A duet with Richards follows, and while the subject matter parallels, the tone is somber on “Last Leaf”.

On Bad as Me, Waits again composes the songs with his longtime musical partner and wife Kathleen Brennan. And the contributors to the album can’t be overlooked. Waits son, Casey Waits, plays drums throughout most the album. And guitar virtuoso Marc Ribot is a steady presence throughout Bad as Me. Add to that guest spots from Los Lobos guitarist David Hidalgo, Richards, Chili Peppers bassist Flea, Les Claypool, Ben Jaffe and a parade of others, the musical backdrop to Bad as Me is stellar as the man himself.

Buy XPN's Featured Album of the Week, Bad As Me [Limited Deluxe Edition] at Amazon.com