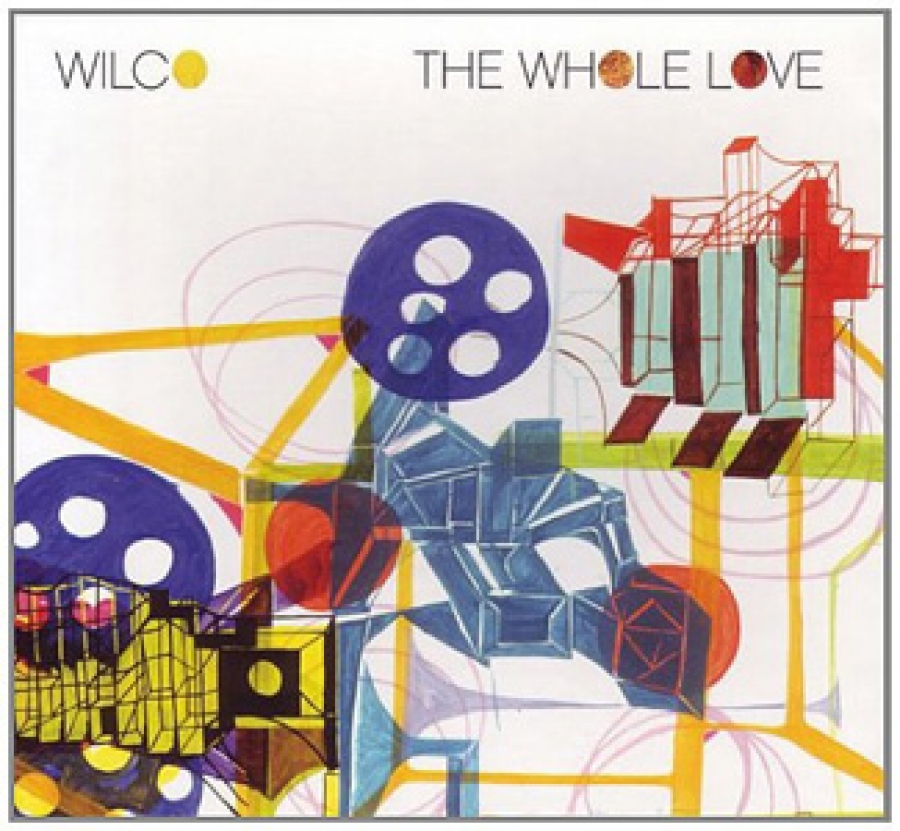 A few weeks ago, someone posted a video online of Wilco frontman Jeff Tweedy playfully covering ‘I Gotta Feeling’ by The Black Eye Peas. For the audience, it was a nothing more than a funny break in the set and for those watching online, a respite during your 9 to 5. Yet in an odd way, it helped put the new album from Tweedy and his band mates, The Whole Love, in perspective. In 5 or 6 minutes that it took to perform, Tweedy not only entertained but made a pretty strong case for art over commerce. As popular culture advances with less stress on musicianship and artistry, we’re reminded and relieved on The Whole Love that the art of the album still exists.

As Wilco endures as a band, we as fans learn to expect the unexpected. Debate will seemingly always carry on between simplistic vs. experimental tendencies of the band. And it becomes almost laughable, because regardless the results are almost always remarkable. On The Whole Love, Wilco don’t really aim to satisfy either end of the spectrum and in turn, probably please all. The Whole Love provides the catchiness that we love in songs like “I Might” and “Born Alone”. And whether it’s the complexity of the seven-minute opener “Art of Almost”, which closes out with an utterly thrilling guitar solo by Nels Cline, or the straightforward, almost Beatles-y “Capitol City”, the songs are classic Wilco.

The Whole Love was recorded in the band’s hometown of Chicago at their own studio, The Loft. Tweedy and the band self-produced the album and are releasing it for the first time through their own label. It also should be mentioned that the consistency of players on The Whole Love adds to the stellar results. Keep this in mind; The Whole Love is the third album with the same line-up in tact (including Cline and multi-instrumentalist Pat Sansone).
Tagged under

More in this category: « Feist - Metals - Cherrytree / Interscope The Jayhawks - Mockingbird Time - Rounder »
back to top