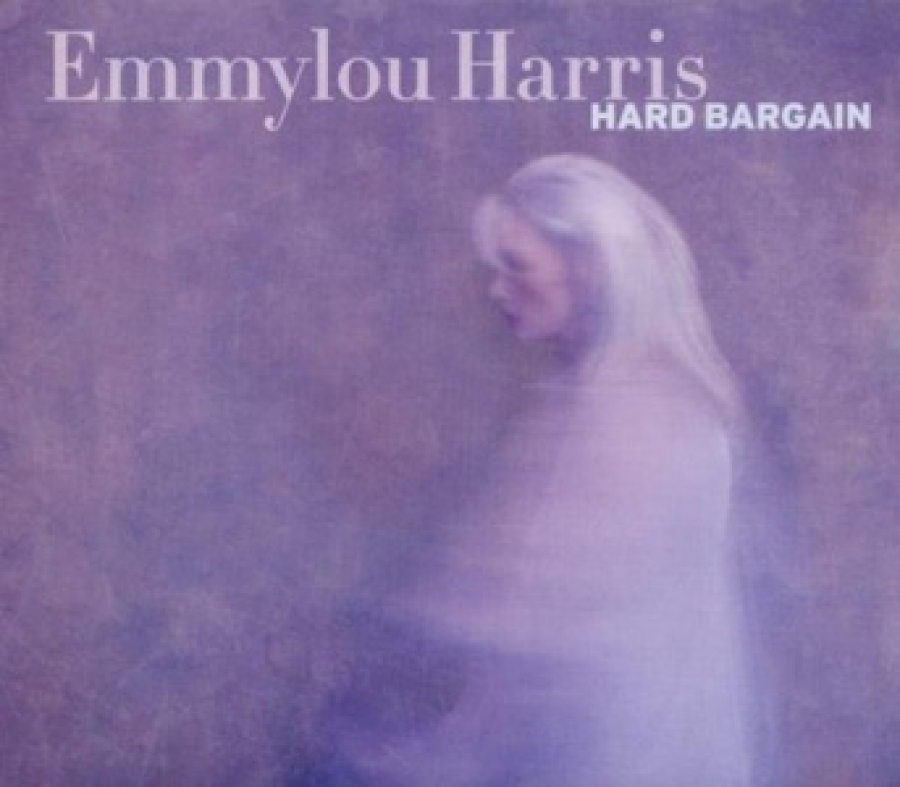 With a career that's endured over 40 years, Emmylou Harris continues to enchant us not only as a singer but also as a songwriter on her new album Hard Bargain. A career that’s seen countless collaboration’s, Emmylou has just written her 21st solo album in Hard Bargain with the emphasis on her as a storyteller. Long an artist that found comfort and success singing songs penned by others, the legendary country singer is at the forefront of all these songs connecting the listener to her life and her memories.

As you flip through the liner notes of Hard Bargain it becomes very clear how much of an independent effort this was for Emmylou. She pens 11 of the 13 songs and recorded the album with help from only two other musicians (producer Jay Joyce and Giles Reaves). At a time where we hear so many interpretative albums, especially from heritage artists, it seems as though Emmylou Harris yearns for more. Her elegance as a singer has always been the focal point of her music, and quite frankly she continues to amaze on Hard Bargain, yet her confidence as a songwriter is fully realized on this new collection.

The lead-off track and first single, "The Road" is certainly the place to start, a heartfelt tribute to her friend and musician Gram Parsons. The ballad “Darlin’ Kate” is another reflection on the passing of a close friend and collaborator Kate McGarrigle. Typically an artist that finds comfort in the ballads, don’t be fooled on Hard Bargain. Emmylou pushes a rockier edge on the Katrina reflecting “New Orleans” and settles into a swampy blues swagger on “Six White Cadillacs” – both originals.

It's hard to not find Hard Bargain an inspiring release. After 40 plus years of making music the desire, the passion and the talent are all certainly still there for Emmylou Harris. But don’t think of this album as an unexpected accomplishment, but as yet another highlight in the career of a legendary artist. Buy Hard Bargain

, XPN's Featured Album of the Week from Amazon.com. Your purchase that starts here, benefits WXPN.
Tagged under