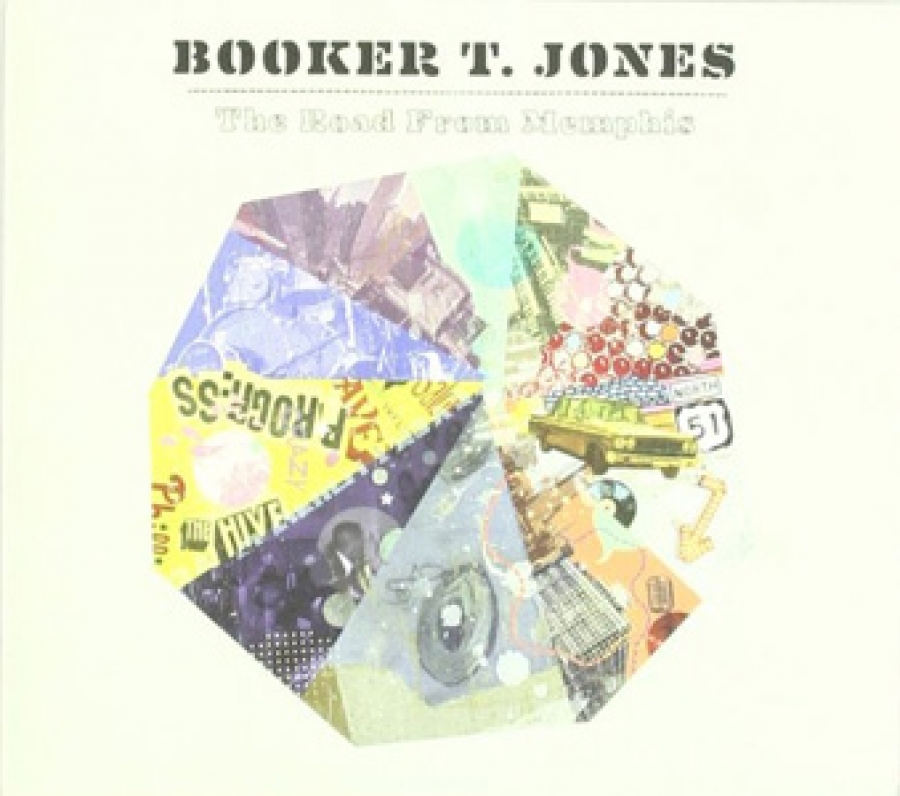 As you remove the insert to the new Booker T. Jones album The Road From Memphis, you also unfold a little history to the inspiration behind this new album. A true icon of American soul music, Booker T. recounts not only how the physical passages on Highway 51 from Memphis helped shape his career but how he witnessed the music itself travel to and fro. The rock and roll hall of famer enlists an all-star cast of musicians to help recreate this musical journey on The Road From Memphis.

This new album comes just two years after the release of the album Potato Hole which would garner Booker T. another Grammy award. Much was made out of the collaboration between Jones, the Drive-By Truckers and Neil Young who served as a backing band for most the album. Stylistically The Road From Memphis takes a different shape much due again in part to the folks surrounding Jones. ?uestlove of Philly's The Roots not only sits in on drums, but helped produce the album and also recruited fellow members of The Roots guitarist Kirk Douglas and bassist Owen Biddle. Top that with additional guitar appearances from the renowned Dennis Coffey and you have one heck of a musical landscape for legendary B3 player to groove on.

For the exception of a fitting cover of Lauryn Hill's “Everything Is Everything” and an instrumental take on Gnarls Barkley’s “Crazy,” The Road From Memphis features all new originals from Booker T. It even features a rare vocal performance from the legendary organ player on “Down In Memphis.” Other vocal contributions come from My Morning Jacket’s Yim Yames on the must-hear “Progress,” a duet between Sharon Jones & Matt Berninger of The National on “Representing Memphis” and even an appearance from Lou Reed on the album closer “The Bronx.”

Despite a plethora of guests and a backing band that could rival anyone's it's hard to upstage a luminary such as Booker T. He is unmistakable and unrivaled on on moments like “Walking Papers” and the fiery “The Hive.” The Road From Memphis is an album full of great energy, extraordinary players, and remarkable vision.

Buy The Road From Memphis