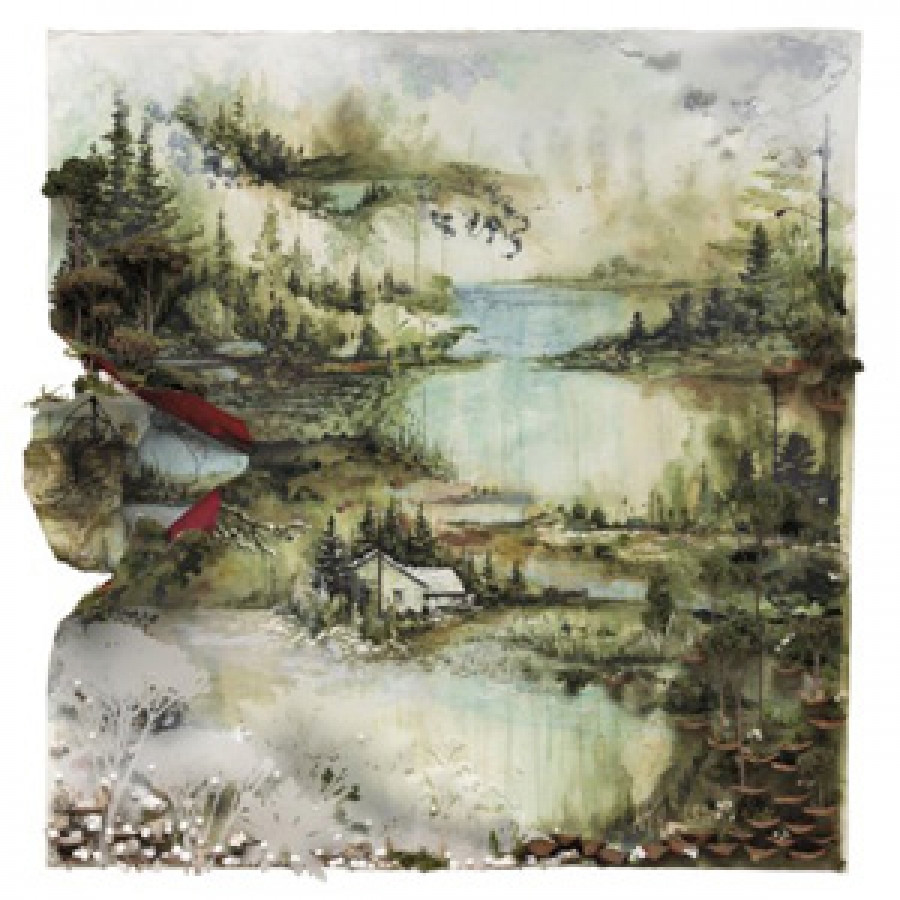 Bon Iver gained notoriety in 2008 with the release of his intimate solo debut For Emma, Forever Ago. The album was heralded as one of the year’s best independent releases. Peter Gabriel would go on to cover Bon Iver and Vernon even ventured into the world of hip-hop as a prominent guest on the latest release from Kanye West. All that would just add to the build-up of expectations for the second Bon Iver album. To say that the new album from Bon Iver singer-songwriter Justin Vernon is easily accessible … well … that wouldn’t be true. Yet despite a much bolder landscape, puzzling lyrics and a general propensity to demand more of its audience Bon Iver, Bon Iver is an inspiring effort.

There is a lot that jumps out when you first dive in to Bon Iver, Bon Iver. First is obviously the difference between the isolated solo endeavor that was For Emma… and the multi-layered, full force of these new songs. It is an adventurous challenge. Yet, the one thing that is comparable between records is the warmth and dreaminess of the material. Vernon again is masterful at creating a sense of comfort, and it’s most noticeable on songs like “Holocene” and “Towers”. Another quick observation is that many of the titles are references to places (i.e. “Perth,” “Calgary,” and “Lisbon, OH”). And while it’s not easy to tie the locations to what exactly those songs are about, the album almost becomes a bit of an emotional map. For Vernon who grew up and has lived most of his life in Wisconsin, traveling to these cities is of influence and these songs at best are a glimpse in.

It will become cliché in reviews to label Bon Iver, Bon Iver as challenging, but a ‘must listen’. And beyond the ‘blogger buzz’ and glowing indie credentials there is something rather special and unique going on here. It’s not a one-listen record, in fact when you finish it’s tough not to want to listen again. Vernon has a vision and while following it isn’t exactly effortless, the road to finding it is worth getting lost in.