Dawes - Nothing Is Wrong - ATO Records 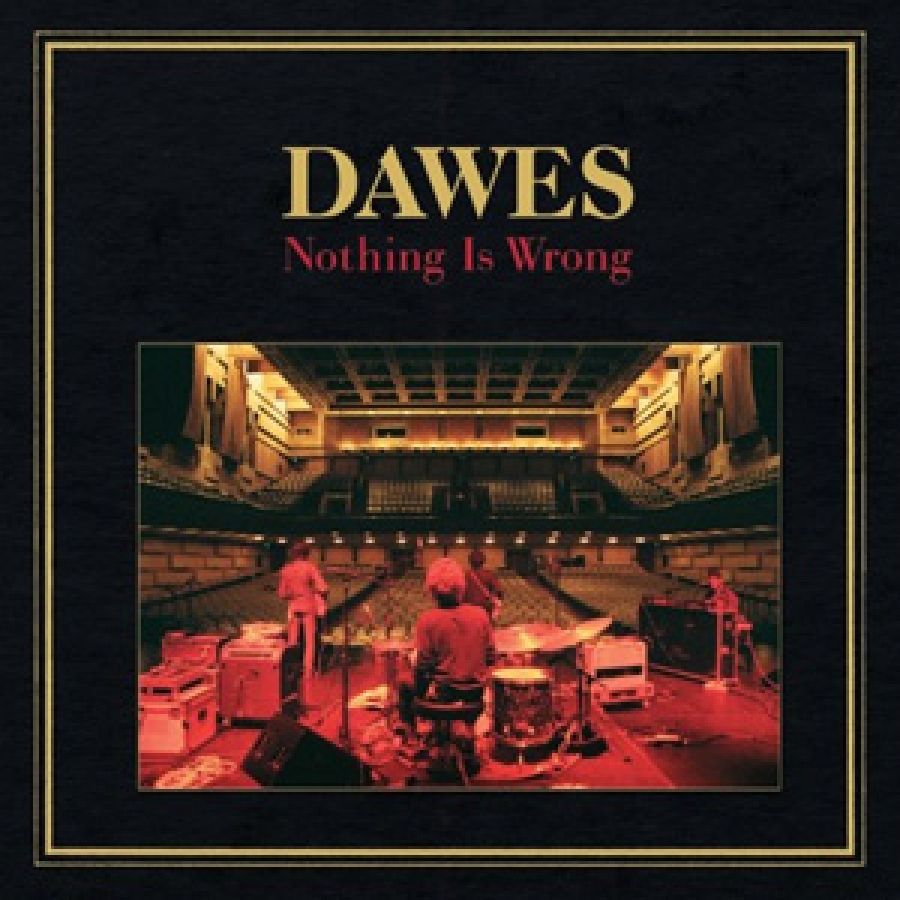 When we first met the band Dawes early in 2010 it was almost like being reintroduced to an old friend. Their classic folk-rock sensibilities and contemporary storytelling made for a comfortable, inspiring discovery. North Hills, the title of their debut was a deliberate nod to their Laurel Canyon home and their sound indicative of the neighborhoods musical landscape, both past and present. Nothing Is Wrong, the band’s sophomore album, further embraces their geographic roots and reminds us how easy it is to get wrapped up their lush harmonies and wistful stories.

The blueprint for Nothing Is Wrong is not drastically different from their first album. Again, led by frontman Taylor Goldsmith, the band wisely harnesses their strength’s and relies heavy on their chemistry. Dawes has been a road warrior band over the last couple years, and recorded this new album in between tours. A number of these songs actually debuted on the road and in turn, that cohesiveness on-stage translates seamlessly to the studio. Yet perhaps the biggest strength of all is the power of these songs. Goldsmith, the primary songwriter, is a unique talent who seems to have taken much away from his time working with Jackson Browne. Browne actually appears on “Fire Away,” singing back-up vocals. And for Goldsmith, he channels that spirit both as a songwriter and vocalist throughout Nothing Is Wrong, most notably on “Moon on the Water” and the album closer “Little Bit of Everything.”

Nothing Is Wrong is a momentous effort from Goldsmith, and the band as a whole. They stay rather true to themselves and their vision as we know it from North Hills. It’s easy to find comfort in these songs and even easier to see why Dawes has major staying power.

Dawes is playing The Mann Center for Performing Arts on June 10 with Bright Eyes.

Buy Nothing Is Wrong

More in this category: « Givers - In Light - Glassnote My Morning Jacket - Circuital - ATO »
back to top