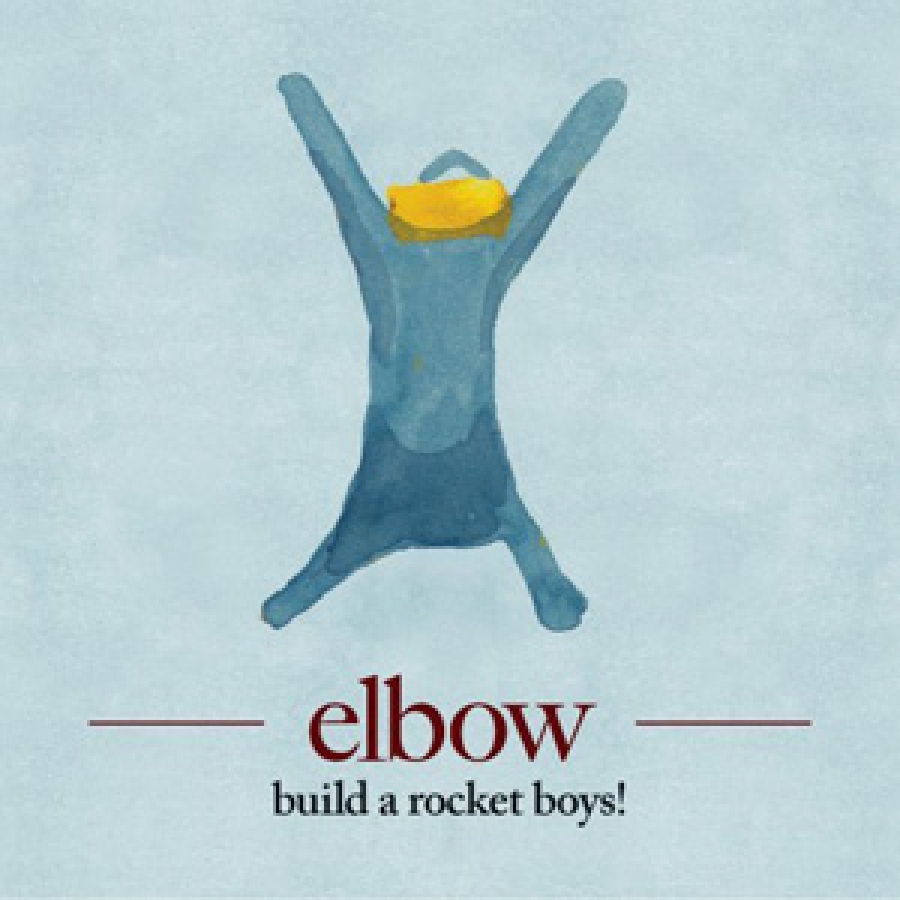 For twenty years the band Elbow has been making music together. In 2008, they received arguably their most noteworthy accolade winning the UK’s Mercury Prize (their 2nd time nominated) for The Seldom Scene Kid. That album spawned some mild attention in the States for the song “Grounds for Divorce.” Yet despite their longevity and critical praise the band is seemingly still making lots of first impressions upon each release. Their latest, Build A Rocket Boys! stands perfectly in line with their previous works as a grandiose, deliberate and emotionally stirring effort.

Patience prevails on Build A Rocket Boys!. The songs on this new album impact on a different scale than Grounds for Divorce did. Lacking is the presence of crunchy guitars or driving rhythm sections. Instead, there’s more of a concerted effort to leaving these songs to marinate and cook slowly. “Lippy Kids,” which draws from it the album’s title, starts with nothing more than a delicate piano line and a faint whistle before frontman Guy Garvey comes in. It’s a shining moment for Garvey, who is left relatively unaided over the six minutes, yet manages to take the song to soaring heights. Garvey’s performance in particular on Build A Rocket Boys! is noteworthy. For the exception of “Neat Little Rows” which is the bands rockiest moment, these songs are centered on Garvey’s vocal performance. And as you listen to songs like “Lippy Kids,” “Open Arms” or the uplifting “With Love” it’s easy to note his impact.

While the sound of Build A Rocket Boys! shares stylistically a grandiose and meticulous vision, lyrically Garvey pens songs that align as well. Much of the new album is witness to Garvey reflecting. Much of the looking back circles around adolescence which is pretty prevalent in “Jesus is Rochdale Girl” and “Lippy Kids” – which together might be the centerpiece songs of the new album. But surprisingly the songs don’t take a regretful turn, the optimism of where this band has been and where they are now cuts through.