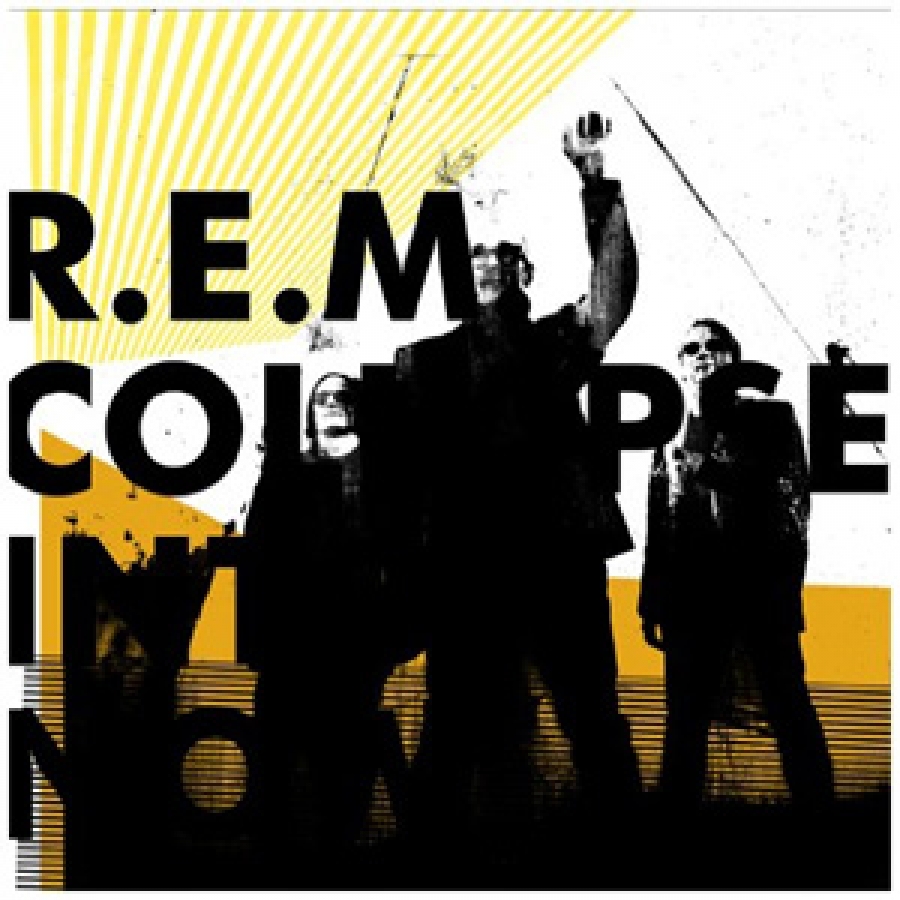 Michael Stipe, Peter Buck and Mike Mills are no longer the darlings of the alt-rock world that they once were. It’s been 30 years since R.E.M formed, and the band has just released their 15th studio album, Collapse Into Now. For any band that’s been making music as long as R.E.M., and with a back catalogue of such might, it’s easy to compare and dismiss. And while a new album would be enough to generate praise, on Collapse Into Now, the band aspires for more.

Collapse Into Now covers a lot of familiar territory while still pushing forward. Proving the band can still drive the tempo, Michael Stipe takes almost a mentor-ish approach on “All The Best.” Lively and confident, Stipe advises “it’s just like me to overstay my welcome/let’s sing and rhyme/let’s give it one more time/let’s show the kids how to do it, fine fine, fine/”. Like most R.E.M. albums, Collapse Into Now has it’s rockier moments ala “All The Best” and the alliteration approved “Alligator_Aviator_Autopilot_Antimatter” which features a guest appearance from Peaches. It also excels in its more subdued moments, like the album standout “Uberlin.” More restrained, more familiar the song will bring flashbacks of Automatic For The People’s “Drive.”

With any R.E.M. record, it’s always hard to resist those melodic guitar riffs that Peter Buck lets ring. Even The Decemberists have benefitted of late from that. Collapse Into Now bookends with Buck’s anthemic riff on the undeniable “Discoverer.” And between those bookended riffs, R.E.M. sounds as good as we’ve heard in years. Collapse Into Now never lacks emotion and/or energy and certainly satisfies.

More in this category: « Peter Bjorn and John - Gimme Some - Almost Gold/Startime Lucinda Williams - Blessed - Lost Highway »
back to top