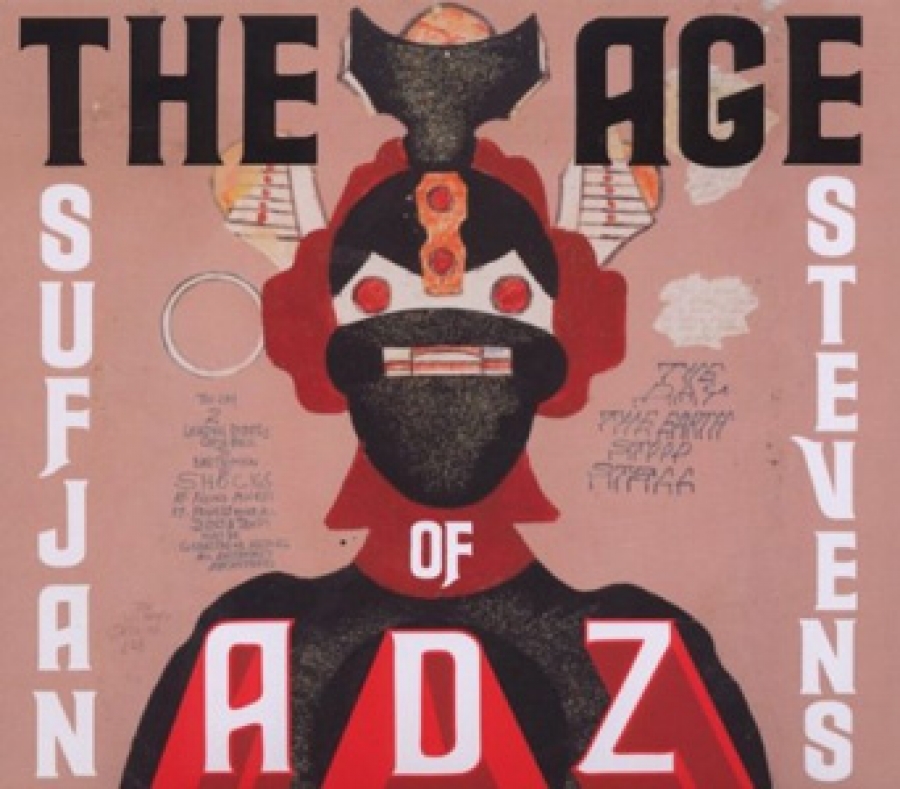 No, the new album from Sufjan Stevens is not a concept record about Alaska, Louisiana, Montana or any of the 50 states for that matter. Yet while his ambition of creating a musical-map of our country may have subsided (for the moment), the new full-length album The Age Of Adz is a sonic adventure all to itself.

Never has the music of Sufjan Stevens ever been victim of restraint, and the songs on The Age Of Adz further define Sufjan as an artist that is inspired to push musical boundaries. The journey that is The The Age Of Adz starts and ends in two very different places, opening with the two minute, relatively minimalist “Futile Devices” and closes with the near half hour epic “Impossible Soul.” The song not only serves as a curtain call for the album, but a career defining moment. Utterly unpredictable the song features Sufjan taking a crack at auto-tune ala Kanye West and a guest appearance from My Brightest Diamond all while consuming nearly twenty percent of the albums total runtime.

The release of The Age Of Adz (pronounced odds) comes just a few short weeks after the release of Sufjan’s All Delighted People EP, further satisfying the appetite of fans that have waited nearly five years since his last full-length album. Stevens’ love for elaborate orchestrations is well-defined on the new album, with what at times sounds like countless layers of instrumentation. And for most of the album, especially on stand-outs like "Too Much" and "I Walked," Sufjan seems to have a new found appreciation for electronica with beats and samples dominating the landscape. For some, the experience of The Age Of Adz may be challenging, even polarizing, but it’s hard to argue that the songs on this collection expand even the most creative imagination.

More in this category: « Belle & Sebastian - Write About Love - Rough Trade Kings of Leon - Come Around Sundown - RCA »
back to top