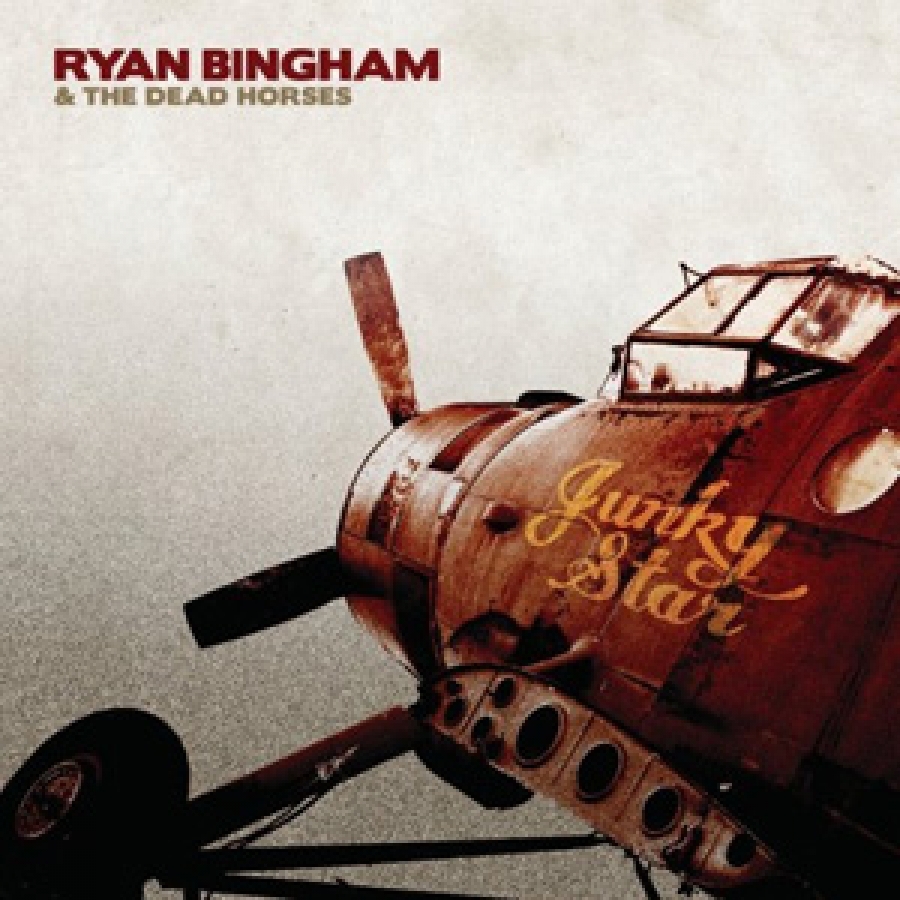 In a time where most country musicians seem as glitz and glam as their pop music counterparts, it's songwriters like Ryan Bingham who remind us that it's not just the hat you’re wearing but the words you’re spilling that make you a country artist. Now on his third proper album, Junky Star, Bingham continues to impress as a songwriter offering a collection of songs that stress his talent with wordplay and emotion.

In a relatively short career thus far, Bingham’s words have already proven to be moving. He caught a break last year working on the soundtrack for the acclaimed film, Crazy Heart, which featured his song “The Weary Kind." Perhaps the bigger break was the opportunity to work with producer T-Bone Burnett. Their time together lead to an Oscar-winning soundtrack and lead Burnett to produce this latest album, Junky Star. The mostly acoustic batch of songs harnesses Bingham as an imaginative and captivating storyteller. More specifically songs like the standout "Depression" showcase a fearlessness and maturity from the young songwriter on both a social and political level.

Junky Star doesn’t play as much to Bingham’s rock sensibilities as was the case with his last album. The songs however, are just as powerful. The album closer, the murderous “All Choked Up Again” is a contemplative account of time in prison. And it’s hard not to hang on every word of the meditative “The Wandering.” On Junky Star, Bingham & his band The Dead Horses continue to shine in an otherwise dim field of young country artists.

More in this category: « Lissie - Catching A Tiger - Fat Possum Ray Lamontagne - God Willin' and The Creek Don't Rise - RCA »
back to top