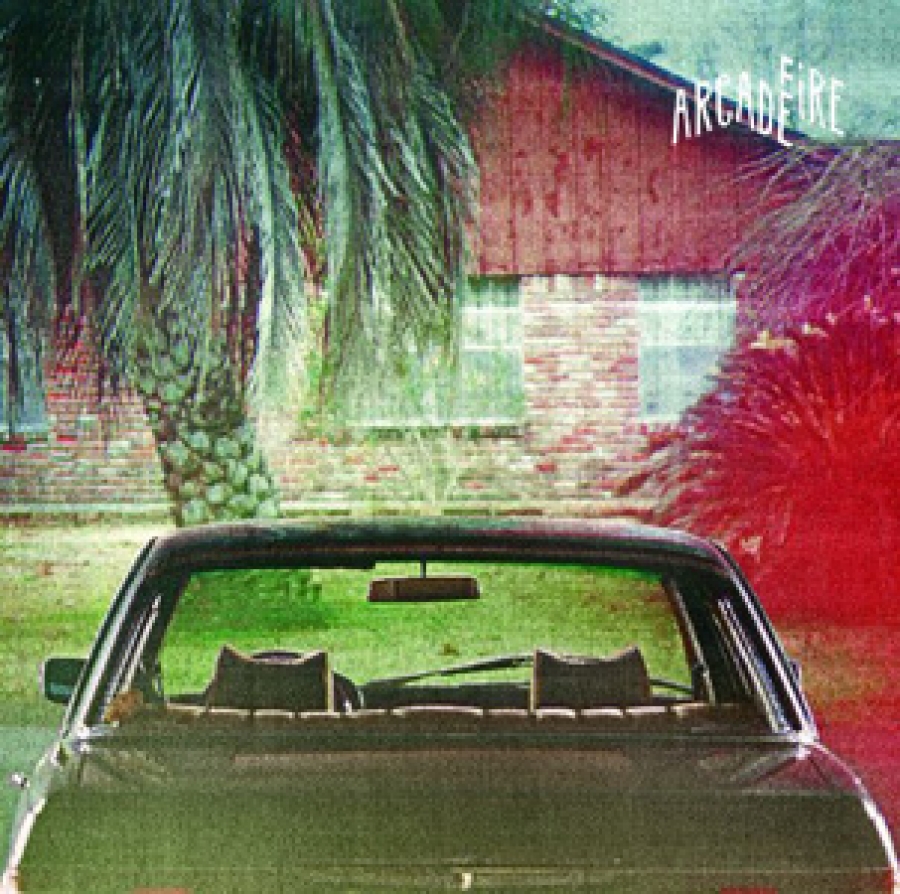 One of this year's most anticipated records!
~ Bruce Warren, Program Director WXPN

Much like their first two albums, The Suburbs from The Arcade Fire stands as a grandiose musical adventure. Similar to Funeral and Neon Bible, this new batch of songs triumphs with dynamic orchestrations and pure power. Yet, what sets The Suburbs apart from its predecessors is a sense of nostalgia. Where a dark cloud of impending doom may have at times hovered over their first two albums, The Suburbs offers a unique look back at adolescence both in a standalone state and in comparison to our current social state.

With that said, there is a lot to digest on The Suburbs. It is a sprawling 16 song collection that clocks in over an hour. And while ideas within these songs tend to jump around, there is a consistency to their reflective nature and a theme surrounding the inspiration of youth. "City With No Children" witnesses frontman Win Butler reflecting upon his childhood growing up in Texas, while "Suburban War" is more of a lament about childhood friends. Win Butler offers a more current critique on adolescence in the playfully titled "Rococco," where Butler sings "They built it up just to burn it back down/the wind is blowing all the ashes around/oh my dear god what is that horrible song they're singing..."

The Montreal based band is inspired on their new album. Musically they harness the spirit of Neil Young on songs like "Month of May" and the title-track "The Suburbs." There's no lack of depth or standouts on The Suburbs, and this latest effort solidifies The Arcade Fire as the latest indie-rock band to graduate to star status.

Every month, the station's soothsayers and tastemakers select what they consider to be the best of the new. As a CDOM Club member, you'll receive all twelve of the CD of the Month selections during the year along with all of our special XPN releases -- including Live at the World Cafe CDs and XPN New Music Samplers. That's at least 16 CDs total! Join Now.

More in this category: « Minus The Bear - Omni - Dangerbird Trombone Shorty - Backatown - Verve Forecast »
back to top