The Hold Steady - Heaven Is Whenever - Vagrant 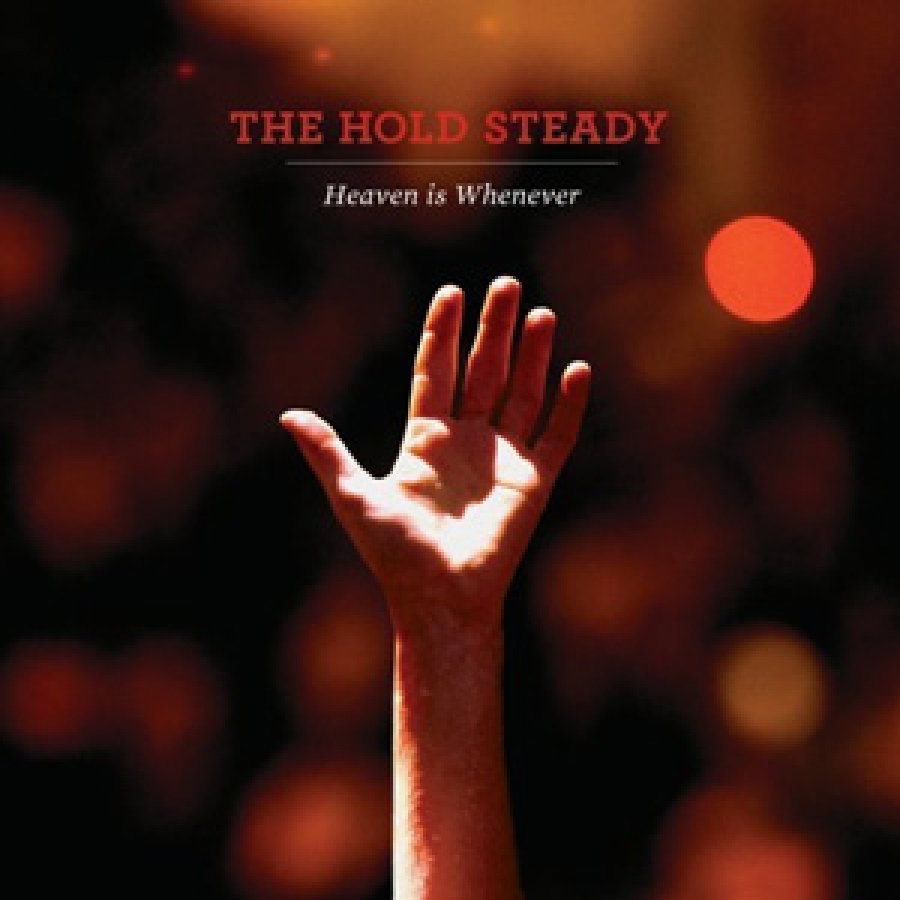 Anthemic rockers The Hold Steady ready the release of their fifth studio album entitled Heaven Is Whenever. Animated keyboardist, Franz Nicolay, has parted ways with the group leaving the dynamics a bit altered, but nonetheless The Hold Steady’s classic brand of fist pumping rock ensues.

Since the announcement of the new album there has been plenty of discussion about a new direction, a new tone for The Hold Steady. And by the start of things on Heaven Is Whenever, you'd be inclined to agree. An unlikely slide guitar is the first thing you hear when you pop in the new album. The midtempo, album-opener "The Sweet Part Of The City" has you thinking more Wilco than The Hold Steady, until Craig Finn's nostalgic tales of the road ring true and familiar.

The rock is far from lost on Heaven Is Whenever. Songs like "Soft in The Center" and "Rock Problems" boost the guitar-heavy, arena rock styling fans are accustomed to. Yet, much of the album aerates a less frantic feeling than we remember from release Stay Positive and Boys and Girls in America. A bit warmer, a bit more calculated a song like "The Weekenders" showcases a more versatile approach without comprising the band's identity.

As for frontman Craig Finn, he still finds his characters struggling in love, frequenting bars and 'sketchy' parties, and ultimately searching for self. The band follows his lead crafting a more musical, equally engaging collection of mini-anthems on the new record Heaven Is Whenever.

Listen to, or, read Mike's review.

More in this category: « Josh Ritter - So Runs The World Away - Pytheas Recordings MGMT - Congratulations - Columbia »
back to top