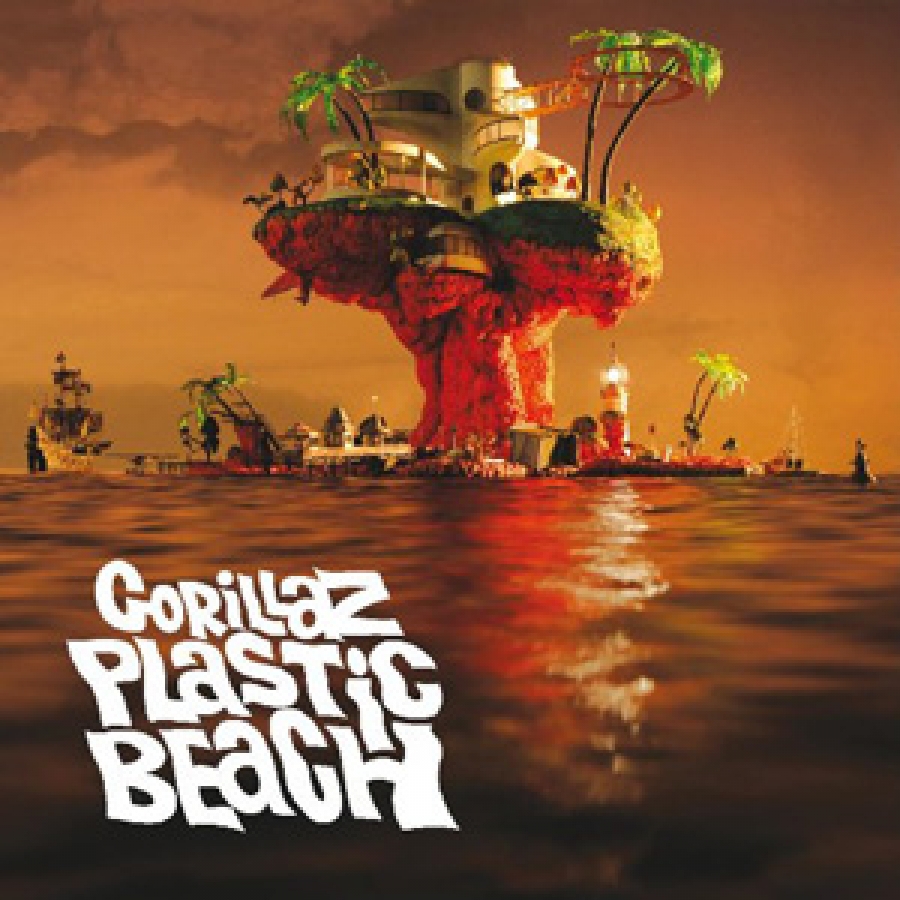 Damon Albarn's musical foresight may be well-documented, but it's arguably never been more fully realized as it is on Plastic Beach, the new album from Gorillaz. The sun has risen again on the virtual world that Albarn and Gorillaz co-creator Jamie Hewlett first brought to life nearly a decade ago.

The world of the Plastic Beach, that's the setting for the third album from Gorillaz. Albarn's fictitious band of cartoons lay down a soundtrack that is more about slipping into their world of dub style, hip-hop grooves than it is about formulaic hooky gratification. And not to say that Plastic Beach doesn't have its 'pop' moments, it does but Albarn's awareness and stylistic vision on songs like "Rhinestone Eyes" and "On Melancholy Hill" are quite honestly tough to top.

Gorillaz is more than just the men behind the curtain, the cast of actual voices that appear on Plastic Beach bring this fabricated world to life. And Albarn is strategic with his musical match-ups. The most notable combination is on the Beach standout "Stylo" which features both Mos Def and Bobby Womack. Albarn himself trades verse and chorus with Lou Reed on "Some Kind Of Nature."

Plastic Beach is witness to over 10 guest vocalists, plus contributions from a 9 piece brass ensemble on a couple songs and an appearance from the National Orchestra for Arabic Music. Needless to say, Albarn stretches across musical boundaries and genres in creating the world of Plastic Beach.