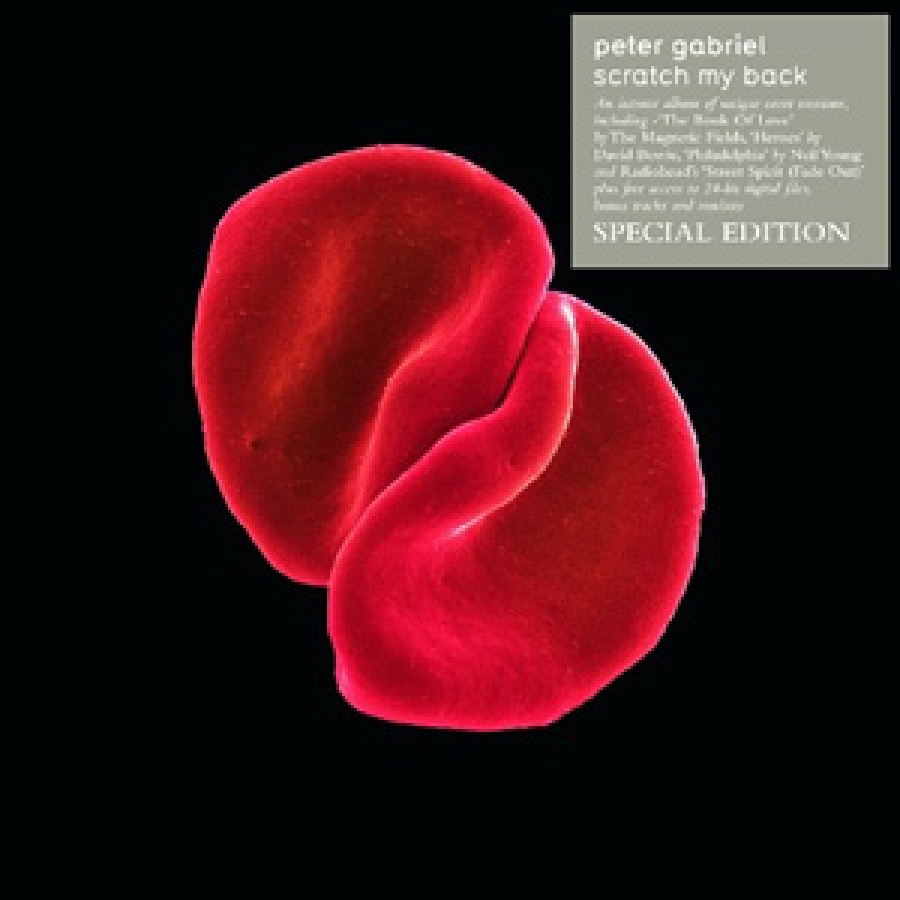 As veteran artists continue to make music, some often have the benefit of resting on their laurels. Some however, don't need to. For Peter Gabriel, the latter is true and his new album of cover songs is proof. Scratch My Back is a collection of songs that spans not just decades or genres, but musical sensibilities.

The album would begin as the idea of a simple "song swap," where Gabriel would record the work of an artist and that artist would then cover Gabriel. What would result is a fully-realized 12 song album that leaves familiar favorites like Paul Simon's "The Boy In The Bubble" in a beautifully altered state. And from there Gabriel fast-forwards almost 20 years to take on current indie-rock gems like Arcade Fires "My Body Is A Cage."

The formula for Scratch My Back is on the surface rather simple; the songs are primarily Gabriel backed by an orchestra. The album features no guitars, no drums, just plenty of strings and Gabriel's bone-chilling vocals. And as intriguing as the actual music, what will continue to spark conversation is the song choice. From the aforementioned, to the Magnetics Fields "Book Of Love" and Lou Reed's "The Power Of The Heart." Scratch My Back covers a vast musical spectrum and does so in incredible fashion.

More in this category: « Sade - Soldier Of Love - Epic Massive Attack - Heligoland - Virgin/EMI »
back to top