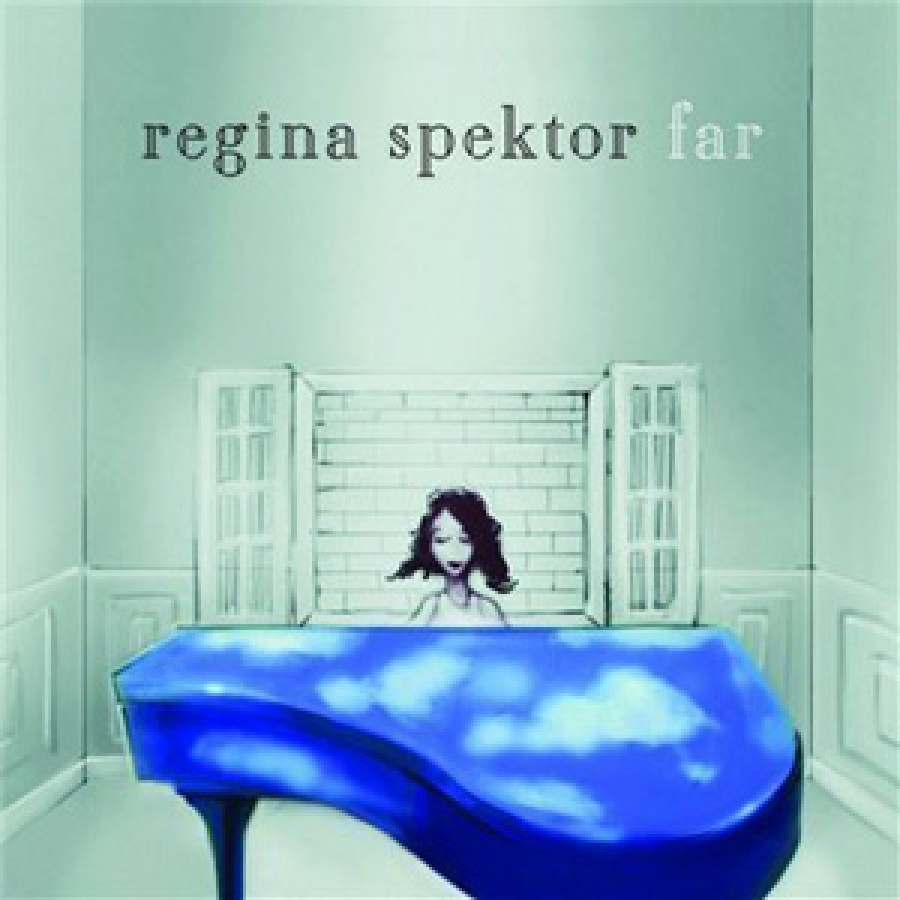 Spektor's light-hearted, nonconformist approach to music helped create a rabid fan base and has certainly upped the anticipation for her new album. A personality seemingly less concerned with success and more consumed in the creative process, Spektor returns with the release of Far.

On first listen, it appears as if Spektor has retired some of her playful wit. The lead song, "Laughing With" ironically witnesses a darker, more contemplative side of Regina's songwriting. And "Blue Lips" is another thoughtfully penned song, backing up the notion that Far is more concerned engaging fans with content rather then charm. This however, is not the case on Far. In fact, Spektor manages to harness the child-like enthusiasm that captivated us on her previous albums all the while crafting some of her best songs to date. The marriage of her craft and quirk is fully realized on songs like "Dance Anthem of the 80s" and "Eet".

Notable on the new album, Spektor hooks up with four separate producers. In addition to Begin To Hope producer David Kahne, Regina works with Mike Elizondo (Fiona Apple) and legendary producers Garret "Jacknife" Lee and Jeff Lynne. And despite the multitude of cooks in the kitchen, Far manages to sustain a unique identity. Give much of the credit, obviously, to Spektor whose artistry continues to take shape on this latest release.

More in this category: « Wilco - Wilco (The Album) - Nonesuch Pete Yorn - Back and Fourth - Columbia »
back to top