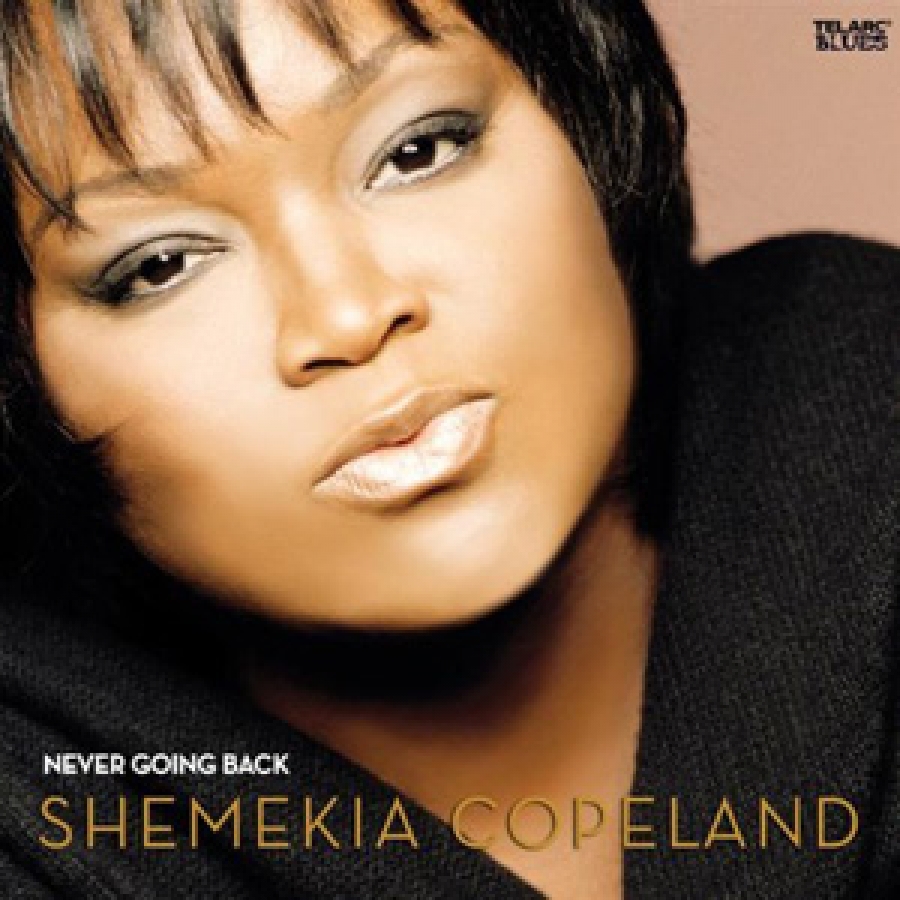 For Shemekia Copeland, her new album Never Going Back reveals a new attitude, a new sound and an overall evolution for the young blues woman. Lots of things have changed since last we heard from Copeland. For the first time in her career Shemekia is releasing an album on a label other than Alligator Records; Never Going Back is her debut for the Telarc label. And her choice of producer for the new album, Oliver Wood of the Wood Brothers, was another step outside the traditional blues world.

And while those types of changes sometimes get fans a bit nervous, the most notable change you'll hear on Never Going Back is a maturity in both the songs she sings and the depth of the compositions. Shemekia, who at an early age became a rising star within the blues world, has come a long way from writing songs about nail salons and is now tackling heavier issues including faith and social responsibility. Copeland offers up her feelings on the current state of our humanity with "Broken World." And introspective songs like "Born A Penny" help us to realize Shemekia, personally, in a way we've yet to up to this point.

As for the compositions, credit Wood with challenging Copeland on Never Going Back. The album oozes a richer, more refined sound. Songs like "Never Going Back To Memphis" and "Dirty Water" offer a smoky, swampy and sultry approach to the blues. Wood surrounds Shemekia with some different players on the album. In addition to Wood himself, he enlists his brother Chris Wood, John Medeski, and Marc Ribot among others to contribute on Never Going Back.

Growth and maturity are obvious keys to having a long and successful career in whatever your pursuits, but along the way it's important to take risks and welcome challenges. Applaud Copeland as she's done both on Never Going Back.

More in this category: « U2 - No Line on the Horizon - Interscope Dan Auerbach - Keep It Hid - Nonesuch »
back to top