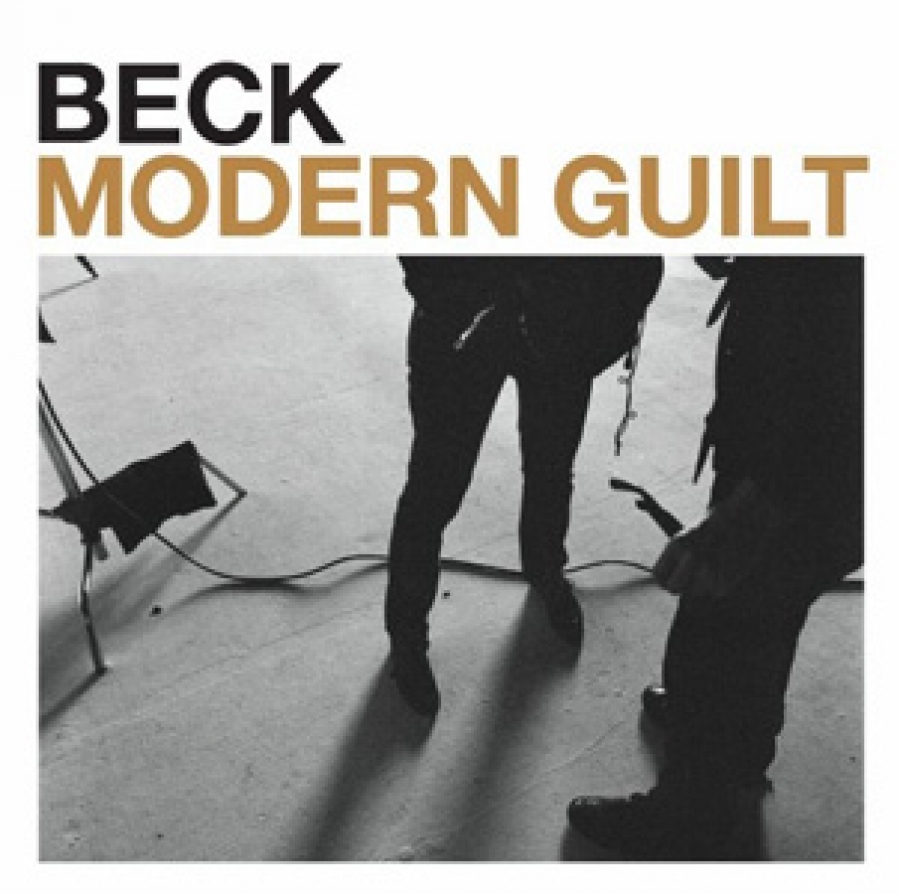 We've all been witness to an incredible musical transformation from Beck over these past fourteen years and eight or so albums. The once painfully ironic pop art provocateur and dead-end beatnik of the "Loser" days is now a fully developed, pretty un-ironic grown up who sings about similar subjects, but with a much different point of view. Modern Guilt - produced by Dangermouse - will probably make you recall several of Beck's "periods".

At just over 30 minutes, this economical disc should provide you with just the right amount of "modern guilt" as Beck ponders questions big ("Chemtrails"), small ("Profanity Prayers"), and both ("Gamma Ray"). Producer Dangermouse seems to work very well with Beck, as he weaves a slightly psychedelic pattern into all of the songs, a sound that Beck's always been fond of.

While Modern Guilt probably won't make you forget all about Odelay (Beck's 1996 masterpiece), it's another personality-laden, strong release from a guy who's really yet to drop anything disappointing on us.