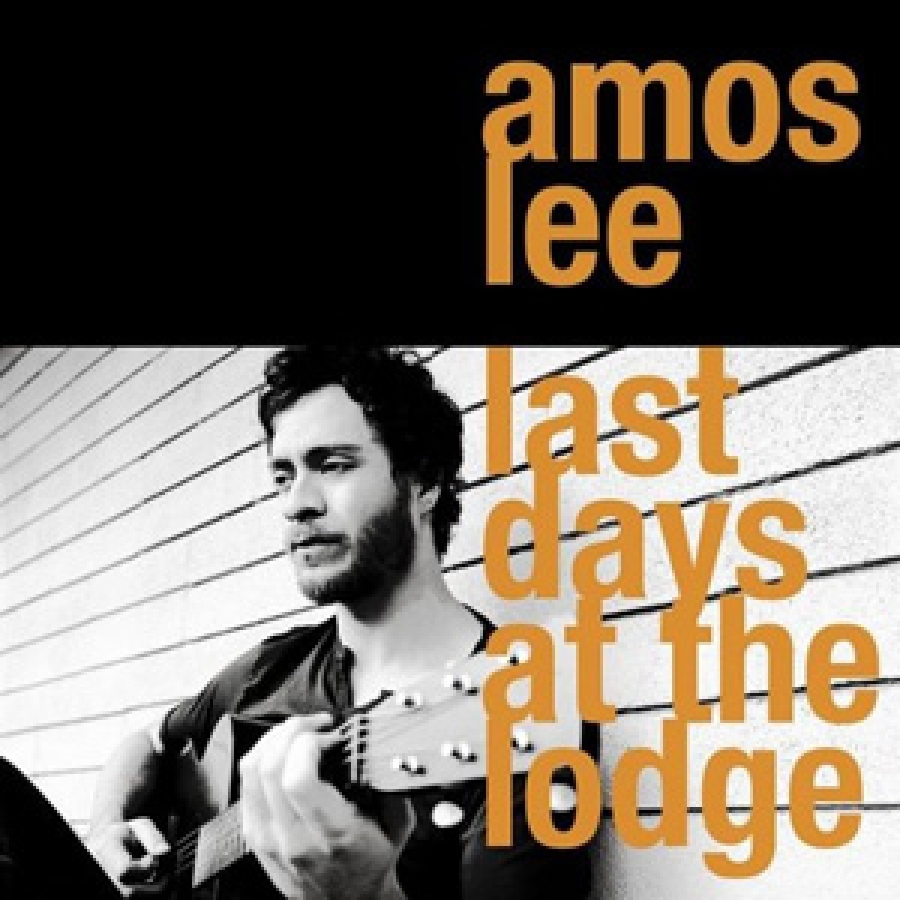 Amos Lee's music on his third album Last Days At The Lodge, on Blue Note, continues to be a compelling mix of soul, folk, and blues music. The new album was produced by Don Was. The CD features Amos on guitars/vocals, Doyle Bramhall, Jr. (Eric Clapton) on guitar, Spooner Oldham (Neil Young, Aretha Franklin) on keys, Pino Palladino (The Who) on bass, and James Gadson (Bill Withers) on drums.

His first two releases Amos Lee (2005) and Supply and Demand (2006) were both critically acclaimed and commercially successful albums.

Last Days At The Lodge is a musical portrait that opens with "Listen" the suggestion to be aware of the world we live in and showcases a rockier side of Amos. If it's the love songs that have drawn you to his music check out "Baby I Want You," and the soulful "Won't Let Me Go." There are the folk influenced songs "Ease Back" and insightful "Better Days," the powerful tone of "Kid" are songs that make this album Amos Lee's best. If you are a fan of Amos Lee, this is an album to add to your music library.

We began the Artist to Watch program at WXPN in 2003 and I nominated Philadelphia's Amos Lee as the Philly Local Artist to Watch. He was an obvious choice - talented, an amazing voice and a great songwriter! He has had the opportunity to tour with Bob Dylan, Norah Jones, John Prine, Elvis Costello, and has performed on Letterman, Leno and the World Cafe.

In the midst of his current national tour, Amos Lee will be performing at our XPoNential Music Festival, presented by Subaru (2008) on Saturday, July 12 th at Wiggins Park on the Camden Waterfront. Tickets and info are available here.

More in this category: « Back Door Slam - Roll Away - Blix Street My Morning Jacket - Evil Urges - A.T.O. »
back to top