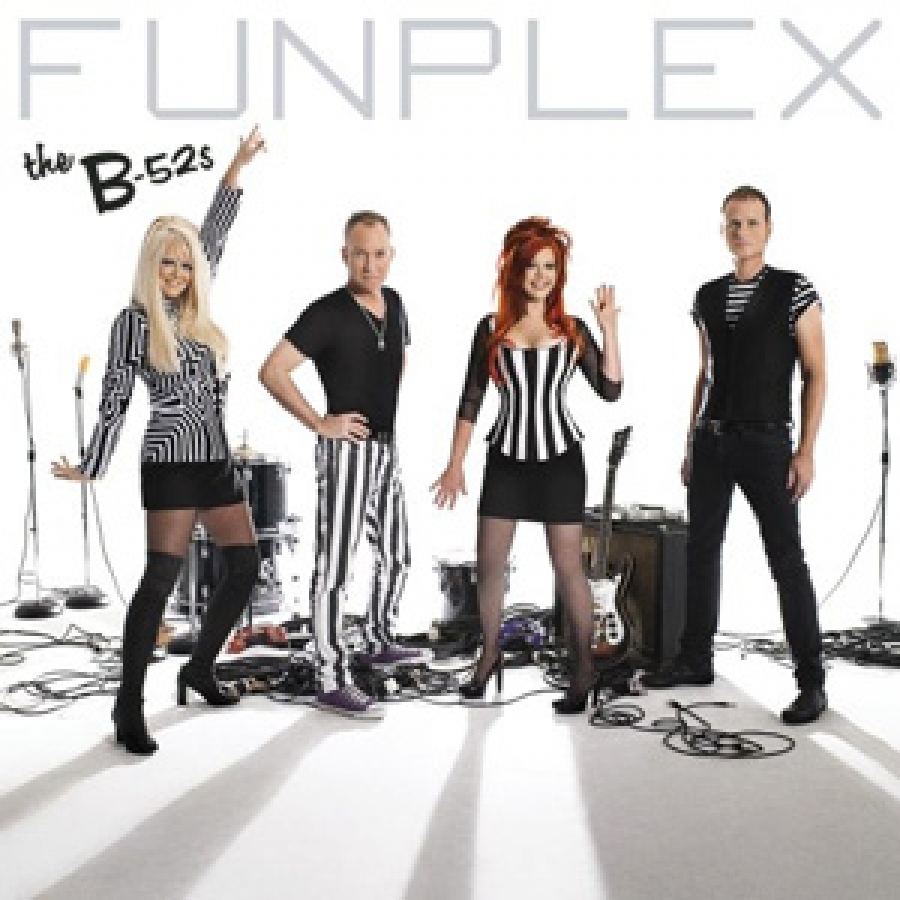 It's their first release in 16 years, but after listening to Funplex once, it's like they never went away. The B-52's' new album is everything you were hoping it would be: fun, irreverent, bouncy, kooky. Time certainly has changed since the band emerged from Athens, Georgia (of all places) in the late 70's, looking and sounding like absolutely nothing else, but the band's inherent kitsch and attitude hasn't changed one iota. Even better, vocalist Cindy Wilson is back in the fold after not appearing on 1992's Good Stuff. Founding members Kate Pierson, Keith Strickland and the irrepressible Fred Schneider are back as well.

Their subject matter is classic B-52's... shopping malls ("Funplex"), futuristic love (the incredibly weird "Love In The Year 3000"), and their favorite subject – good times ("Keep This Party Going"). The band sounds and looks great, and there are plenty wacky Fred Schneider moments, too. They have the ability to find a groove and work it, but with a human quality that's lacking in so much dance-oriented rock. Pierson and Cindy Wilson sound fantastic as ever, and the underrated Keith Strickland ties it all together with his playing and arrangements.

If you're looking for a diversion from the continuing gloomy quality of the news these days, I'd suggest that you spend a quality hour or so with The B-52's. The band returns to Philly on April 25.