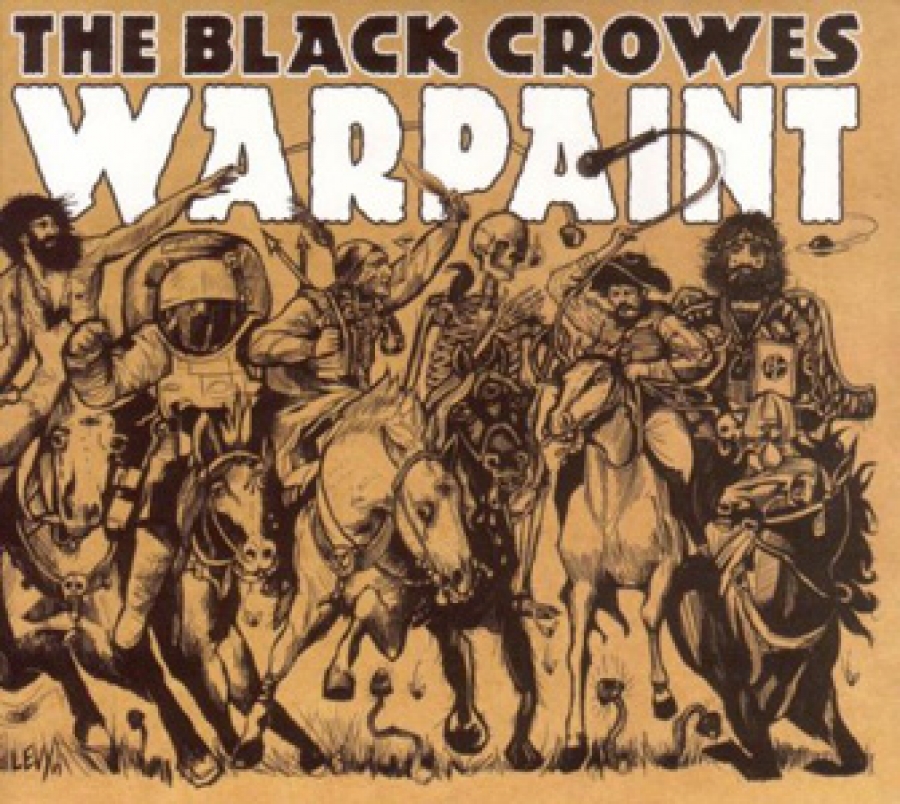 It's pretty simple, but always effective. The Black Crowes twangy take on straight up rock and roll and all of its' many predecessor's styles is on fine display on Warpaint. The band, especially its' stoner poster boy frontman Chris Robinson, is a lot smarter than most give them credit for, and they are most certainly true believers in the visceral connection between the pulpit and the concert stage.

If you're a fan of the classic Crowes of The Southern Harmony And Musical Companion era, you're gonna love, love, love this one.  Straight up rockers like "Evergreen" and "Goodbye Daughters Of the Revolution" remain their stock in trade, but there's a few other influences that raise their not-at-all-ugly heads on this one, including an aforementioned on again/off again flirtation with Southern fire & brimstone. They cover Rev. Charlie Jackson's "God's Got It" with considerable glee, and the harmonies and arrangement on the album's closer "Whoa Mule" are pretty church-y and Eastern-influenced at the same time.

It rocks, and it'll rock you. The playing is tight and inspired, and Robinson is in fine voice. It's gonna sound great to you the next time you're in the mood for something unpretentious and American.

More in this category: « Devotchka - A Mad And Faithful Telling - Anti- / Epitaph Drive-By Truckers - Brighter Than Creation’s Dark - New West »
back to top