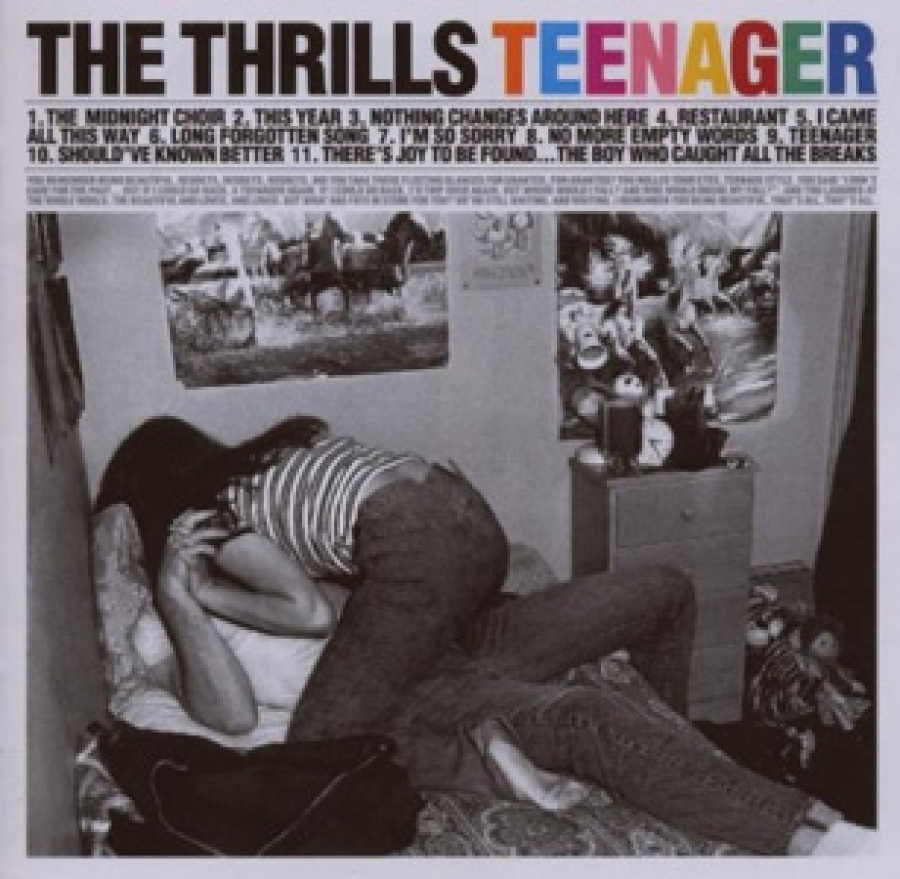 Here's a new album from the Irish band that always sound as if they're eternally drenched in California sunshine. Teenager, the brand new album from The Thrills, is full of stylish pop hooks and the unique vocal stylings of Conor Deasy. What's different about this third release from the band is its overall consistency. There's no one song that pops out at you and screams "Radio Single!," but that's not necessarily a bad thing.

Songs like "Nothing Changes," "Came" and the lead track "The Midnight Choir" may be the best tracks on the record, but it's kind of hard to say, really. As on their first two releases So Much For The City and Let's Bottle Bohemia, The Thrills make a concerted effort to make every song count. Every tune is wonderfully arranged, and each one sounds like what Brian Wilson called his masterpiece Smile... "teenage symphonies to God." Not to compare the band to that masterpiece, but they do strive for perfection every time out. Teenager delivers emotion in every track, and is well worth your attention.

More in this category: « Carbon/Silicon - The Last Post - Caroline Various Artists - I'm Not There - Original Soundtrack »
back to top