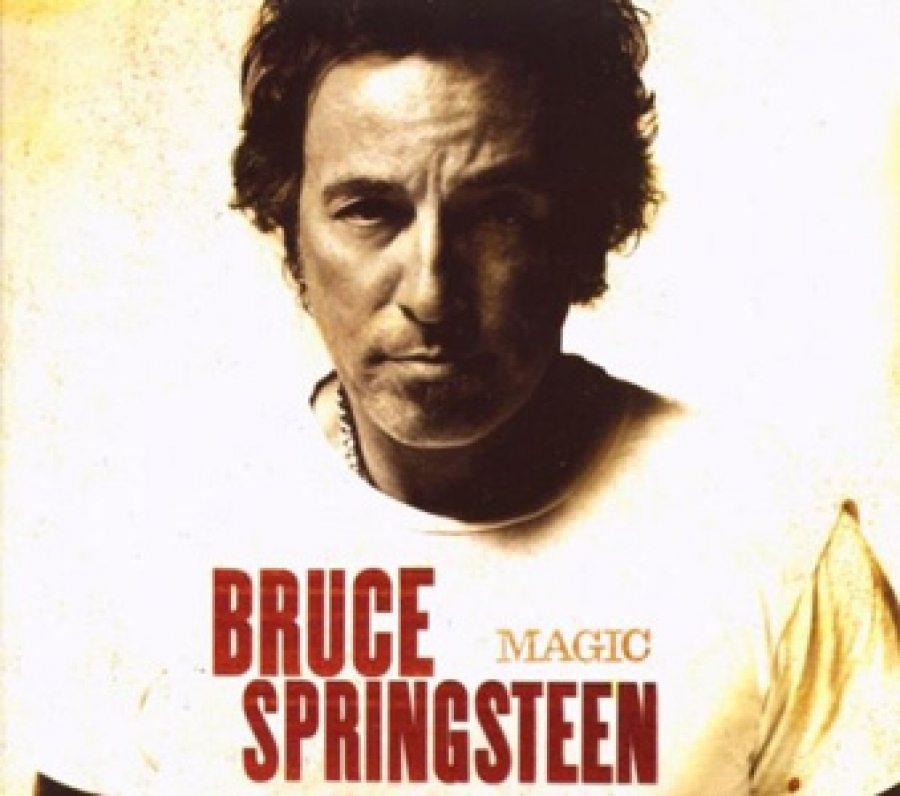 Ya wanna know what "magic" is? It's what happens to his fans every time Bruce Springsteen releases a new album. From the initial response to this new album - Magic - from these aforementioned fans (yeah, I'm one, too...), it sounds like everybody's satisfied.

It's only Springsteen's second album in the last 15 years with his beloved E Street Band - 2002's The Rising was the other - and this time the music, and indeed the whole scope of the album, is much more passionate. Magic isn't going to make anyone forget Born To Run (or even Born In The USA, for that matter), but - at 58 years old - Springsteen still has it... he's still a true believer in the power and possibilities of rock and roll. Still a master storyteller, songs like "Girls In Their Summer Clothes", the "10th Avenue Freeze Out"-esque "Livin' In The Future", and the political "Last To Die" all paint a vivid picture in your mind. The album's lead track "Radio Nowhere" rocks pretty righteously with Max Weinberg's drums mixed way up.

Producer Brendan O'Brien did a fine job in capturing the emotions, and Springsteen's voice really sounds great. If this guy's your musical hero, you could certainly do much worse...