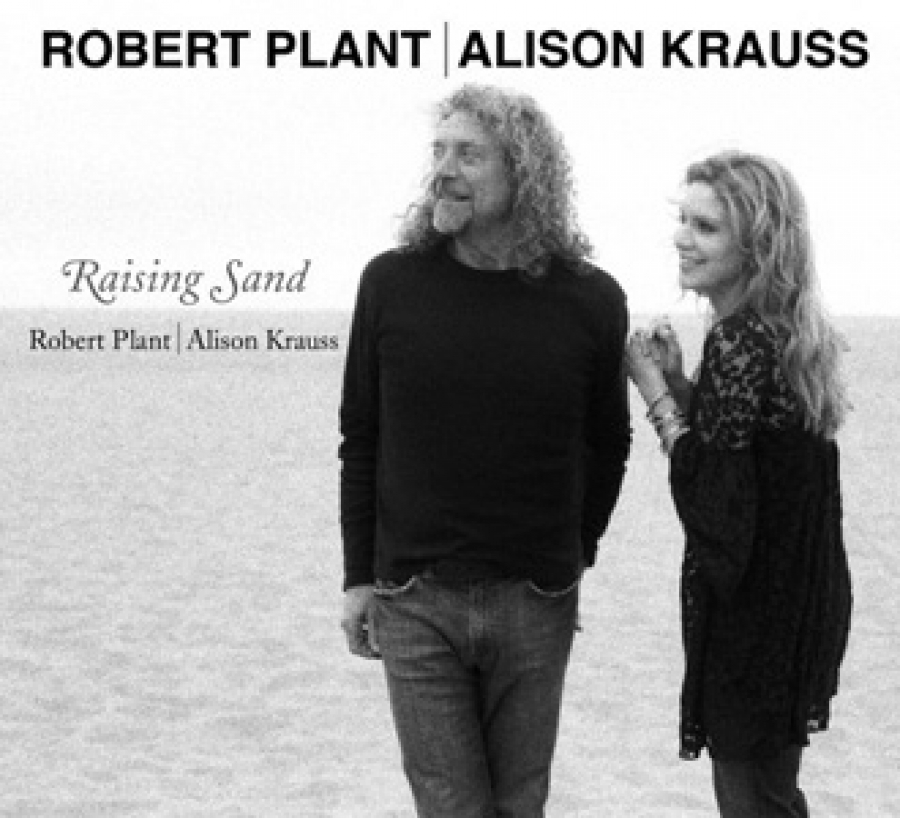 Perhaps only the fantasy duo of King Kong and Bambi could be a more bizarre pairing than Robert Plant and Alison Krauss. Yet on Raising Sand, their haunting and brilliant collaboration, the Led Zeppelin screamer and Nashville's most hypnotic song whisperer seem made for each other. This, however, is not the howling Plant of "Whole Lotta Love," but a far more precise and softer singer than even the one who emerged with Dreamland (2002).

No matter that Plant seems so subdued as to be on downers, for that's one of the keys to this most improbable meeting of musical galaxies - almost all of it seems slowed down, out of time, otherworldly, and at times downright David Lynch-ian, the product of an altered consciousness. Yet probably the main reason it all works so well is the choice of producer T-Bone Burnette, the third star of the album, who culled mostly lesser-known material from some of the great writers of blues, country, folk, gospel, and R&B, including Tom Waits, Townes Van Zandt, Milt Campbell, the Everly Brothers, Sam Phillips, and A.D. and Rosa Lee Watson. At times, Burnette's spare and deliberate soundscape - incisively crafted by guitarists Marc Ribot and Norman Blake, bassist Dennis Crouch, drummer Jay Bellerose, and multi-instrumentalist Mike Seeger, among others - is nearly as dreamy and subterranean as Daniel Lanois's work with Emmylou Harris (Wrecking Ball). Occasionally, Burnette opts for a fairly straightforward production while still reworking the original song (Plant's own "Please Read the Letter," Mel Tillis's "Stick with Me, Baby"). But much of the new flesh on these old bones is oddly unsettling, if not nightmarish. On the opening track of "Rich Woman," the soft-as-clouds vocals strike an optimistic mood, while the instrumental backing--loose snare, ominous bass line, and insinuating electric guitar lines--create a spooky, sinister undertow. Plant and Krauss trade out the solo and harmony vocals, and while they both venture into new waters here (Krauss as a mainstream blues mama, Plant as a gospel singer and honkytonker), she steals the show in Sam Phillips' new "Sister Rosetta Goes Before Us," where a dramatic violin and tremulous banjo strike a foreboding gypsy tone. When Krauss begins this strange, seductive song in a voice so ethereal that angels will take note, you may stop breathing. That, among other reasons, makes Raising Sand an album to die for.