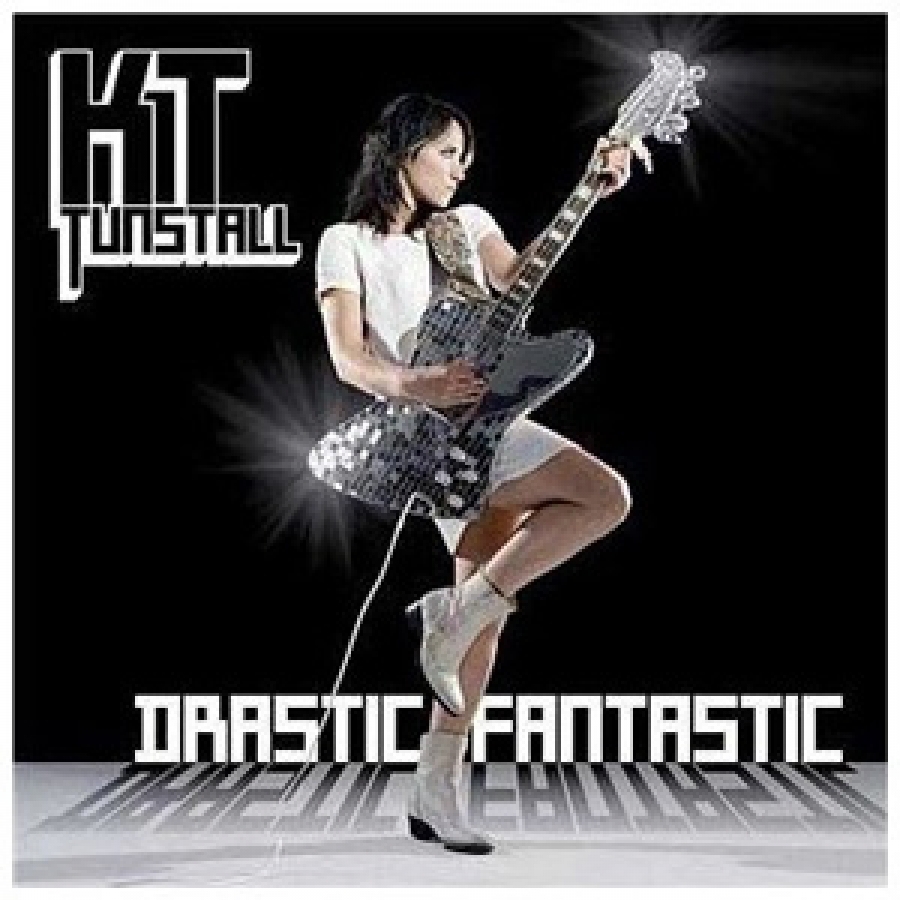 It wasn't easy to successfully follow-up her debut album Eye To The Telescope, but Scottish singer/songwriter K.T. Tunstall has done a pretty fair job on Drastic Fantastic. Her strength on this album - as it was on the debut - is her ability to write engaging pop songs that don't venture too far into the pop song jungle. You don't have to be ashamed to say that you dig K.T. Tunstall.

The album starts strong, with the one-two punch of "Little Favours" and "If Only", two tunes that live up to the Chrissie Hynde pose that K.T. is sporting on the decidedly retro cover of the CD. Elsewhere, tunes like "Hopeless" and "Hold On" really hit the mark, full of clever words and even clever-er hooks. The last three songs take the ballad approach, with "Beauty Of Uncertainty" standing out for its' dark feel and interesting instrumentation.

A great second album... looks like she's for real - not that we ever doubted it.

More in this category: « Sea Wolf - Leaves in the River - Dangerbird Scott Matthews - Passing Stranger - Universal Republic »
back to top