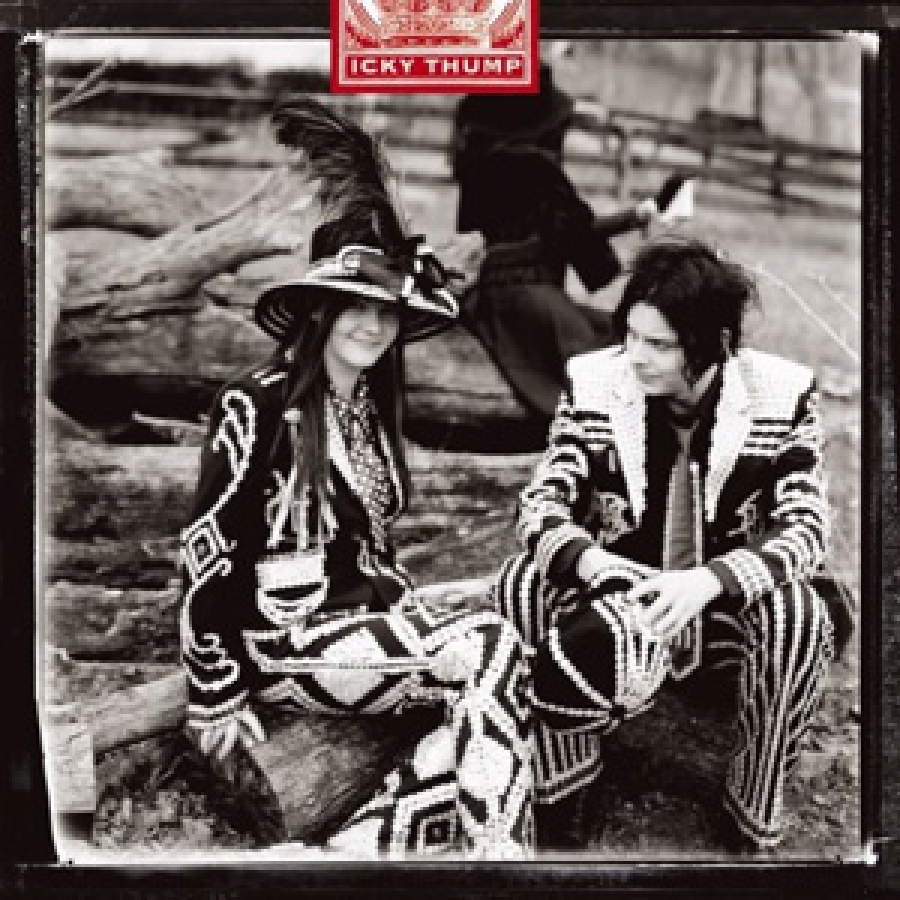 Jack and Meg White certainly kick up a ruckus on the new White Stripes album Icky Thump. On their sixth album, the duo is louder and bolder than ever before. They try on plenty of previously unexplored American music styles, and the vast majority of it fits nicely. The best news is that it still sounds like The White Stripes.

Recorded in three weeks in Nashville (the longest they've ever spent recording an album!), Icky Thump starts with the raw but catchy title track, and explores twisted mariachi ("Conquest"), arena rock ("Bone Broke"), and folky pop complete with mandolin ("Prickley Thorn, But Sweetly Worn"). Elsewhere, the old bluesy Stripes are still in effect on "Rag And Bone" and "I'm Slowly Turning Into You", and there's also the straight-up rock of "You Don't Know What Love Is (You Just Do As You Are Told)" (perhaps the catchiest tune on the album), and I'll be damned if the album's closing track "Effect And Cause" doesn't sound like a long-lost acoustic track from Beggar's Banquet.

They're probably the greatest rock band in America, and they just keep getting better. Many Stripes fans were worried after Jack's band The Raconteurs did so well last year, but he always said he would return to Meg and do more White Stripes music. Icky Thump just may be the career defining recording moment from this dynamic duo.