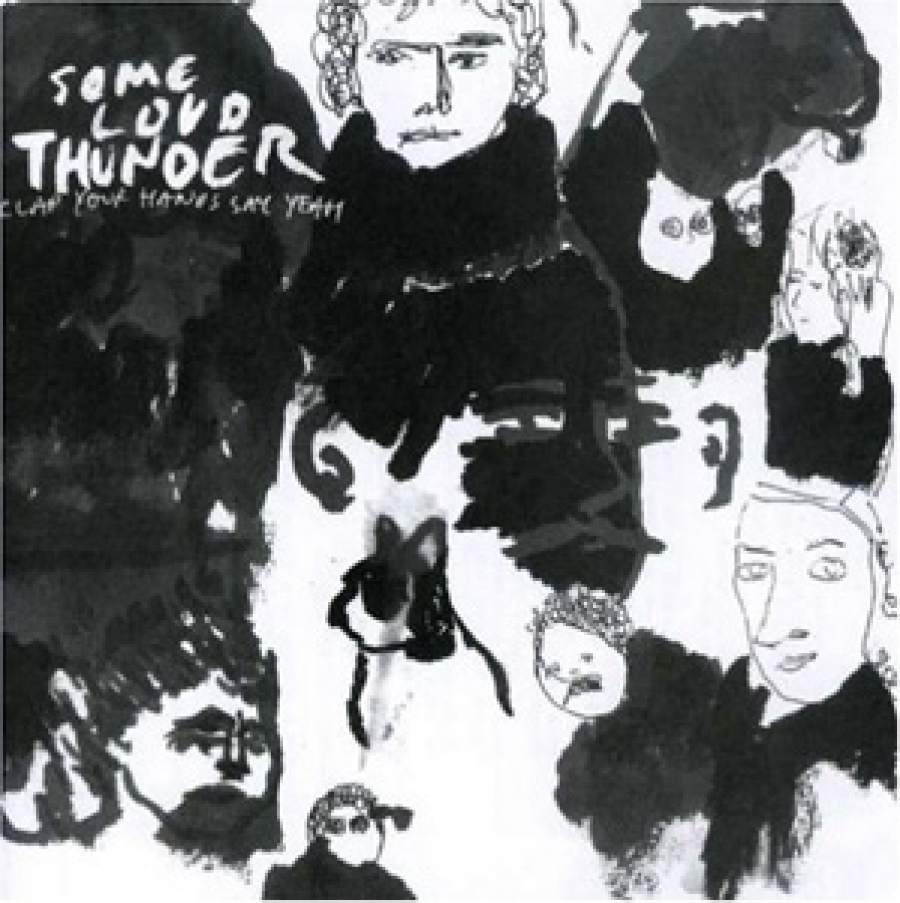 Clap Your Hands Say Yeah's debut album was a masterpiece of style and substance over hype. The staunchly independent group released that album without a label or promotion - traditional record biz promotion, anyway - yet it's sold in 6-figures... a daunting task in today's music-as-data, who-needs-records-stores market. All hipster eyes were/are on this second album Some Loud Thunder. Nobody should be dissappointed.

Producer Dave Fridmann, who's worked with Mogwai, Flaming Lips and Mercury Rev, does his thing on Some Loud Thunder, densing up the proceedings and accentuating CYHSY's already credible hooks. Some Loud Thunder retains the kinetic, nervous energy of the debut, with a few new twists. Philly denizen and chief singer and songwriter Alec Ounsworth is an intelligent, crafty songwriter already. Tunes like "Satan Said Dance", "Underwater (You And Me)", "Love Song. No. 7" and especially the fantastic "Mama, Won't You Keep Those Castles In The Air And Burning" all stand up to anything on the first album.

It's going to be interesting to see how the hipper-than-thou, overly cynical indy rock crits who lauded CYHSY's debut will react to this follow-up. My guess is that they'll find something to moan about, but that shouldn't stop this band from continuing to grow and prosper with integrity and ingenuity. Some Loud Thunder is everything you were hoping for in a follow-up, unless you're one of those who are only interested in looking for the next Brooklyn band to tell all of your "cool" friends about first.