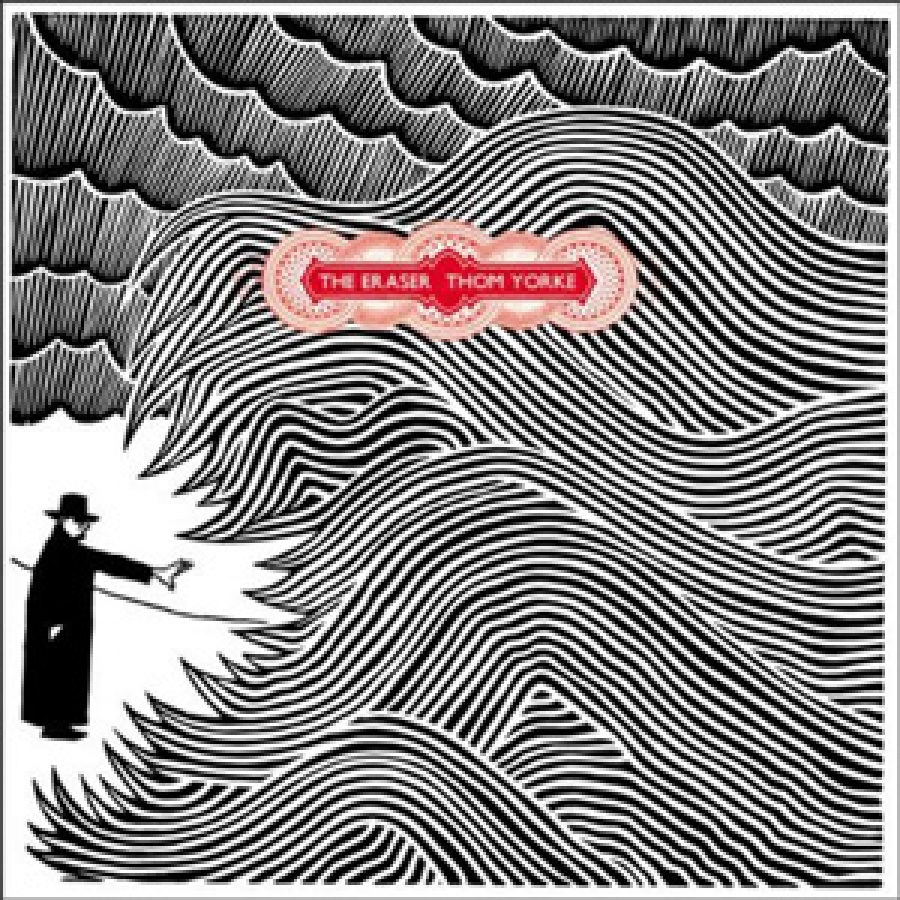 For his first solo album, RADIOHEAD's charismatic frontman THOM YORKE does not dissappoint the faithful. There is nobody in music today who can communicate alienation through song like Yorke, through his lyrics and - probably most importantly - through his vocal stylings.

At first, The Eraser sounds a lot like a Radiohead album. Then you begin to notice something missing: namely the guitar blasts and strong drumming. The nine songs float over a sea of tastefully done "blips and beeps", and Yorke's remarkable singing provides the human-emotion factor that is so often missing in the elctronica genre.

The Eraser continues down the sonic path already blazed by Yorke's Radiohead work. Songs like "Harrowdown Hill", "Analyse", and the total desperation of "Black Swann" allow the listener to delve into the artist's psyche as well as anything he's ever written. It's a excellent late night album, but I'm wondering whether long-time fans will miss the sonic wall that his bandmates so superbly provide. As a career diversion, it works very well overall, but I'm sure many "Radioheads" are still waiting for Yorke to get "The Bends" again.

BUY THIS CD: The Eraser